Insha Afsar says she is loving her new life in Americ­a and her newly found passio­n for ski racing­
By Web Desk
Published: March 27, 2015
Tweet Email 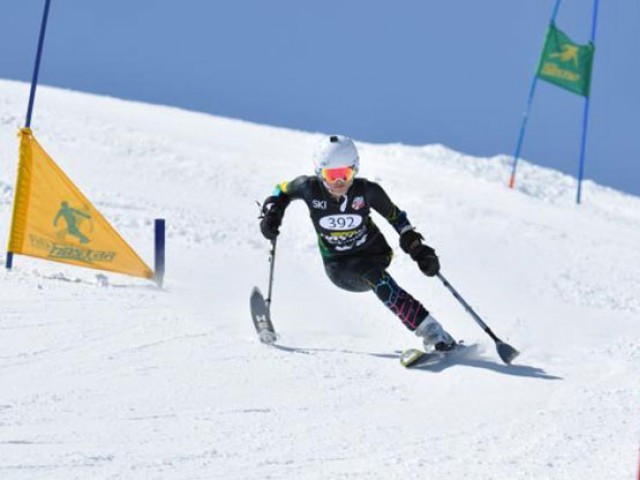 Insha Afsar was one of the 138,000 people injured in the devastating earthquake which hit northern parts of Pakistan in 2005, losing her left leg up to her hip. But the 14-year-old has come a long way since then.

The teen is now tearing down the giant slalom course at Loon Mountain as she competes for a top position in the US Paralympic Alpine National Championships.

The talented Ski racer says she loves her new life in America, where she was brought after the 2005 earthquake to get a prosthesis. Insha competed with more than 40 athletes in the alpine championship and is sponsored by the Loon-based New England Disabled Sports (NEDS). Jessica Harney, a member of the board at NEDS and a volunteer at the event, said things have gone very smoothly with athletes here from all over the world.

For Loon and NEDS to be hosting the event “is huge” she added.

Most of the athletes have either lost limbs or suffered spinal cord injuries while some are visually impaired.

Some are also veterans of the armed services.

This article originally appeared on wmur.com