Mizmaar lives on with ‘Jee Loonga’

Mizmaar lives on with ‘Jee Loonga’ 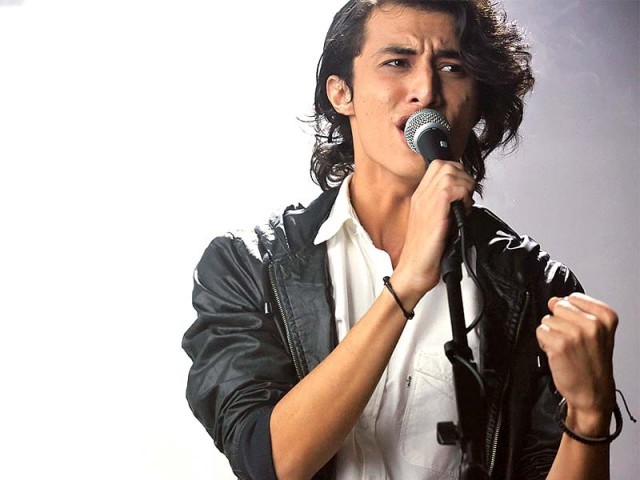 The song’s video describes the walls people create around themselves. PHOTO: PUBLICITY

KARACHI: An extended hiatus coupled with the departure of their vocalist was not sufficient to unfetter Kashan Admani from reforming his band Mizmaar. After a break of almost eight years, the band is back with their new single ‘Jee Loonga’. Not only does the song mark the arrival of their new vocalist Mashhad Sharyar, but also paves the way for the band to diverge from their old sound.

Speaking to The Express Tribune, Admani, Mizmaar frontman and guitarist, reveals why the band was forced to take a break, despite releasing two albums and being signed by an Indian label.  “The primary reason why we put Mizmaar on hold was because our singer (Daniyal Badshah) was unable to keep up with his professional commitments,” he says. He adds that, until last year, the idea of reforming Mizmaar wasn’t on his agenda, but after coming across Sharyar, he was “completely blown away.” He then felt it was time Mizmaar returned to the music front of Pakistan.

Watch members of Mizmaar talking about their comeback, and their exclusive jamming session for The Express Tribune:

The video for the song ‘Jee Loonga’ was released on Wednesday and, according to a press release, is an imaginative description of the walls people create around themselves. Admani directed the video and the song’s lyrics have been penned by him along with Sharyar and D’Mello. The video is now available on major streaming platforms, including YouTube.

The band has also chosen to experiment with a different style by incorporating elements of dubstep and live drums into their music. Describing their new style of music, Sharyar states, “Previously, Mizmaar was all about rock, hardcore riffs and emotions. The emotions are still alive but everything cannot be the same because there is a new voice.” He added, “There’s a fresh approach to everything now, as we are doing things differently plus music has changed a lot as well.”

The band’s drummer Alfred D’Mello shares how working with an array of artists, both as a session player and music producer, has increased the desire in him to return to the studios with Mizmaar, adding he had many ideas that he wanted to incorporate into the band’s music. Lucky for him, he didn’t have to wait for long as Admani greenlit the band’s reformation after ushering in Sharyar as the new lead singer.

“We (D’Mello and Admani) were producing music for several years and all those ideas we had back then are benefitting us now, such as featuring live drums. Initially, we had not done a lot of live music but this album is live and the sound is amazing,” states D’Mello. “When you hear the album, when you hear the song, you will realise that we have recorded a very high level of drums and quality.”

Ali Zafar wins ‘The Most Stylish Import’ award in India