The Lollyw­ood diva is curren­tly in the US
By Web Desk
Published: March 24, 2015
Tweet Email 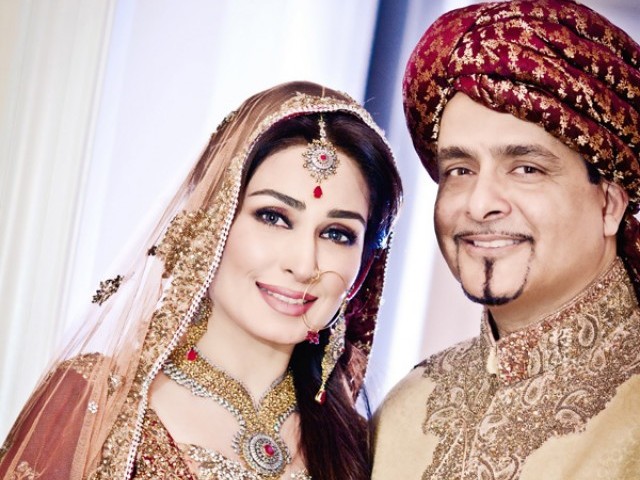 The happy couple welcome a new addition to the family. PHOTO: Bridal lounge

According to reports veteran Lollywood actress Reema Khan has given birth to a baby boy.

The famed Pakistani actress, who married American cardiologist Tariq Shahab in 2011 and moved to the US soon after, has yet to reveal any details about the birth of her son.

Her husband reportedly told the media via phone that the couple has been blessed with a healthy baby boy and that Reema will be discharged from the hospital soon.

Just last year rumours of Reema having become a mother had been shot down by her manager Dastgir who claimed that there was “no truth in the news” and that it had been “wrongly spread by someone”.

Sources close to Reema claim that she has chosen to keep details of her son’s birth to a minimum as she welcomes her firstborn.

Film on Bhutto’s executioner hangs in the balance