Prioritising: ‘Education budget must only be second to defence’

Prioritising: ‘Education budget must only be second to defence’ 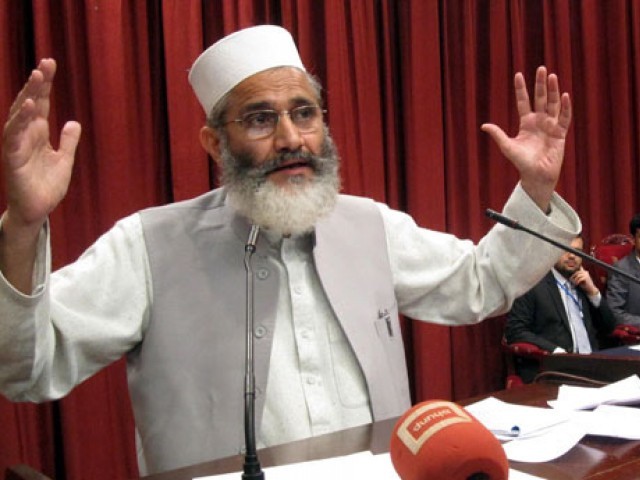 HARIPUR / SWABI: Jamaat-e-Islami Central Ameer Sirajul Haq said on Monday his party would introduce a uniform education system in private and public institutions from classes one to 10 if it comes into power. “The budget of education should be second only to defence as it would enable the country to reach political maturity and bring about economic reform.”

At the prize distribution ceremony of the three-day All Pakistan TECHFEST at Ghulam Ishaq Khan Institute (GIKI) of Engineering and Technology, Haq stated the education ministry should not have been devolved to the provinces after the 18th Amendment. Haq said he had spoken to the federal government and education experts in this regard.

The JI chief also said there was enough water in the country to overcome the energy crisis. He praised late president Ghulam Ishaq Khan for establishing an advanced institution that had produced a number of students who are serving the country.

The programme was organised by the Society of Mechanical Engineering Pakistan. GIKI Rector Jehangir Bashir, MNA Muhammad Usman and other guests were present on the occasion. Later Usman distributed certificates among the participants.

Even with the second highest literacy rate in Hazara Division, the education infrastructure of schools in Haripur is deplorable.

This was pointed out at a seminar called Budget Allocation and Achieving the Target of Quality Education.

At the event organised by Community Empowerment & Development Organization (CEDO) and Alif Ailan, speakers called for a sizable increase in the 2015-16 budget for the district. The participants also called for an end to political interference and a uniform education system.

Qazi Zahid from CEDO referred to a recent report of the K-P Bureau of Statistics and said Haripur was only second to Abbottabad in the seven districts of the Hazara Division with a 70% literacy rate. He added there was a 100% enrollment rate for boys and 77% for girls.

Zahid complained that a mere 4.7% of the total education budget was left for development and improvement in the crucial sector. He said this was half the total requirement. Zahid pointed out foreign donors had contributed a massive Rs65.3 million to the 2014-15 education budget.

Coordinator Alif Ailan Syed Zahid Kazmi said despite PTI’s claims to have increased allocations for education during the last two budgets, there were delays and missing facilities that kept a substantial number of students out of school.

Defending his government for allowing a major portion of the budget to remain unspent, he said corruption was a major factor affecting the education system. He said PTI wanted to install a mechanism to ensure corruption-free developmental expenditures.