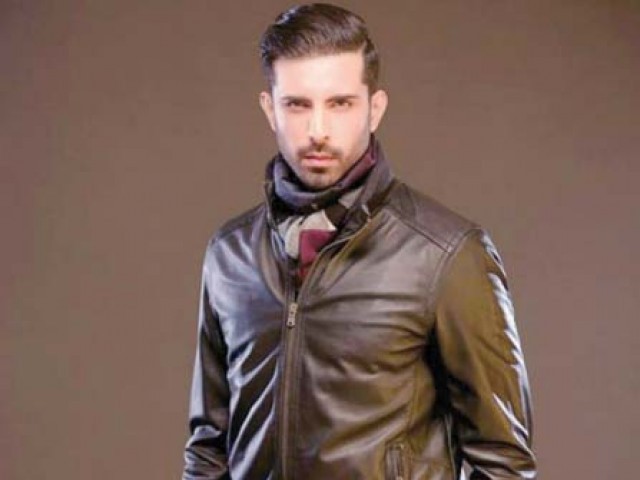 The model believes symmetrical physique, passion, hard work, patience and going with the industry is very important to touch the heights.

Standing tall at 6.3’, the guy with debonair presence both on and off the ramp is one of the most sought after faces in the industry. In an industry driven by pride, Jahan-e-Khalid comes across as a true gentleman. His runway attitude does not translate into his real life. He has not let success get to his head. Being approachable by the fans helps Khalid maintain high popularity among the public.

Khalid understands his social responsibility as a fashion icon. “I have a responsibility on my shoulders to represent myself in a manner that people can get inspired of,” Khalid told The Express Tribune.

The 28-year-old’s journey was not just another overnight success story. Khalid revealed that his family background and education are the keys to his success. “My family supported me during my struggling days,” he said. It gives him an edge over many other models that do not have the same kind of financial and moral support from their families.

He completed his ACCA and worked for two years before joining the glamour industry. “The combination of education and work experience helps you a lot in deciding what project is good for you at that point in time, and after that your personal management skills come into play,” he added.

Disclosing his idea of success he said, “Symmetrical physique, passion for modelling, hard work, patience and going with the industry is very important to make it big.”

Talking about his wish-list, he said “I would love to work for International media; it’s like a dream-come-true for me, though I already have worked with a couple of international ventures, such as the Colombo Fashion Week.” He gained insight into the intricate process of becoming a model by following the advice of many people. “My family, friends… just every other person who has been the part of my life holds a very special place. I’ve learned a lot; somebody has motivated me, somebody has improvised my suggestions, somebody just helped me with the process of socialising…and just everybody played a role in making me who I am today,” he said.

Growing up in Lahore, Khalid had keen interest in fashion but for him modeling was not what he wanted to do since childhood. “Even in the University back in 2010, when I was contacted I was very hesitant to join the industry as it was pretty much in the air that it’s not a serious career and you have to make ‘certain’ compromises,” he said.

The 28-year-old also intends to open up his own modeling institute that does not borrow external influences. “Work load is getting to a saturation point, now the number of models is much more than it used to be which means there must be some kind of institution to guide the beginners,” he said.

People often approach him for acting abut there has never been an urge his side. He said, “I like to do things to the best, if I can’t be the next Fawad Khan I’ll not go for acting. I don’t like wasting time at this point of my career and age.”

Khalid ended up disclosing his aim to quit on the peak of his career. “Modeling is not a money making career in Pakistan especially for male models. I want to be a businessman, live a luxurious life and for that I need a lot of money.”