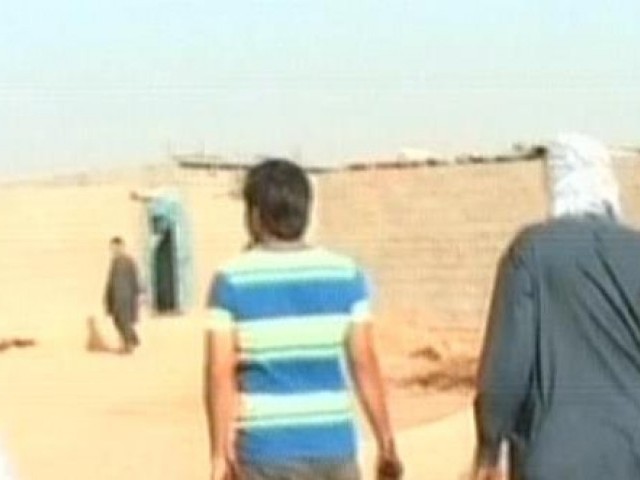 An Express News screengrab of the clash,

KARACHI: Three suspected terrorists, including a militant commander, were killed in a clash between security forces and militants in Karachi’s Jamali Goth, Express News reported on Sunday.

According to the senior superintendent of Malirpolice, armed men, belonging to a militant outfit, fired rockets on the police.

He confirmed that weapons and explosives material were also seized following the clash. A Bomb Disposal Squad was called in to dispose off the explosive material.

“More than 400 policemen have been carrying out an operation in the city,” the SSP Malir said.

On March 14, two suspected gang members were killed during an alleged encounter with the police in Lyari.

Police officials claimed that the encounter took place when they conducted a raid at a hideout in Daryabad, adding that the criminals attempted to flee after opening fire upon them.

Meanwhile, around a dozen suspects were also arrested in a series of targeted raids in the city.