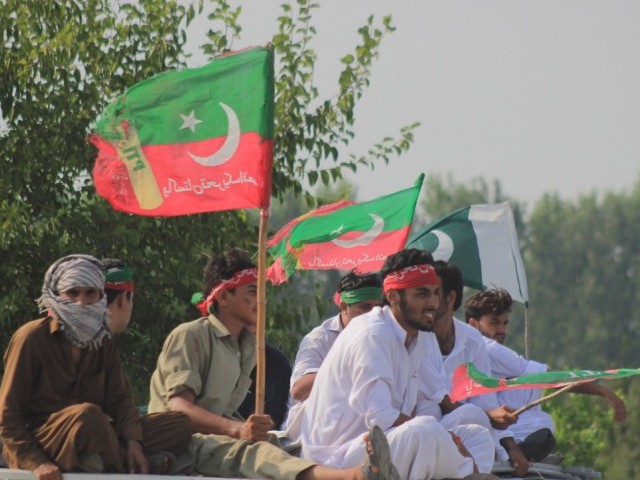 Leaders of the recently-revived tripartite alliance of opposition parties in the Khyber-Pakhtunkhwa Assembly demand local government (LG) polls be held under the supervision of the judiciary, on a political party basis.

Addressing the media after attending a meeting in Mardan, leaders of Jamiat Ulema-e-Islam-Fazl, Pakistan Peoples Party and Awami National Party also demanded the halting of transfers and postings of government officials.

Putting their heads together

The rendezvous continued for about five hours and parties agreed to form a four-member committee headed by Mian Iftikhar to lead the alliance for a month and resolve all issues faced by the allies through dialogue and consultations. PPP’s Najamuddin would be the general secretary, JUI-F’s Shujaul Mulk would be senior vice president while Jalil Jan would be information secretary.

An insider confirmed to The Express Tribune the parties have decided to contest LG polls together. “The alliance leaders would meet again in Peshawar on March 19 to chalk out a course of action for elections,” he said.

Addressing reporters after the meeting, JUI-F provincial chief Gul Naseeb said the constituent parties have directed their district leaderships to convene meetings and start preparations for the polls scheduled for May.

“The provincial government did not fulfil its promise of holding LG polls within 90 days of assuming charge. Instead, the elections are being arranged under the orders of the Supreme Court of Pakistan,” said Naseeb.

The JUI-F leader lauded the top court’s decision to push governments to hold LG polls, and demanded the elections be held under the judiciary’s watch or the provincial government is likely to use its powers to get its own candidates elected.

In his speech, ANP K-P chief Amir Hoti stressed the need for ensuring free and fair elections. He claimed the provincial government is “planning to get its desired results”.

Hoti added the tripartite alliance was open to other parties too.

The ANP leader said it was strange decision by the PTI-led government to hold non-party basis elections for village councils and party-basis elections on the tehsil and district council level. He added the ANP had challenged the decision in court and they were hopeful the matter will be decided in their favour.