One lady health worker and police consta­ble we killed while anothe­r polio worker was injure­d
By Our Correspondent / AFP
Published: March 17, 2015
Tweet Email 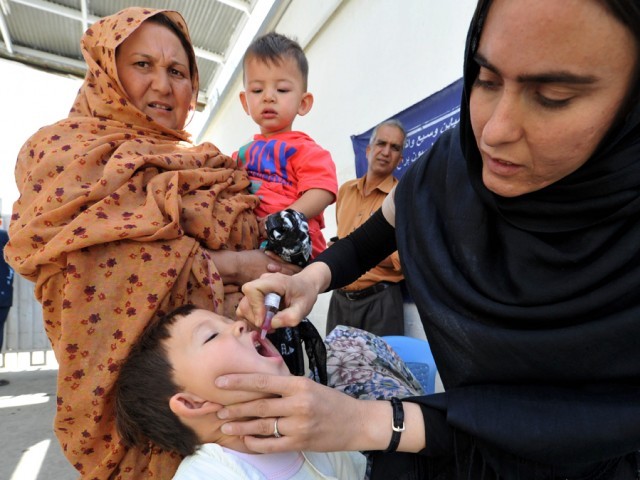 MANSEHRA: Three people, including two lady health workers, were killed when unidentified assailants opened fire at a polio team near an Afghan refugee camp on the outskirts of Mansehra city on Tuesday.

The second woman polio worker who was injured succumbed to her injuries later.

“The two-member team was administering polio drops in an Afghan refugee camp and its surrounding areas when two gunmen opened fire on them, killing one lady worker and a policeman and wounding another lady worker and a passer-by,” Muhammad Ejaz Khan said.

Following the attack, the area has been sealed off by police commandos.

No one has claimed responsibility for the attack as yet.

Last year the number of polio cases recorded in Pakistan soared to 306, the highest in 14 years.

Pakistan is one of only three countries where polio remains endemic. Attempts to eradicate it have been badly hit by militant attacks on immunisation teams that have claimed 77 lives since December 2012.

The militants claim the polio vaccination drive is a front for espionage or a conspiracy to sterilise Muslims.