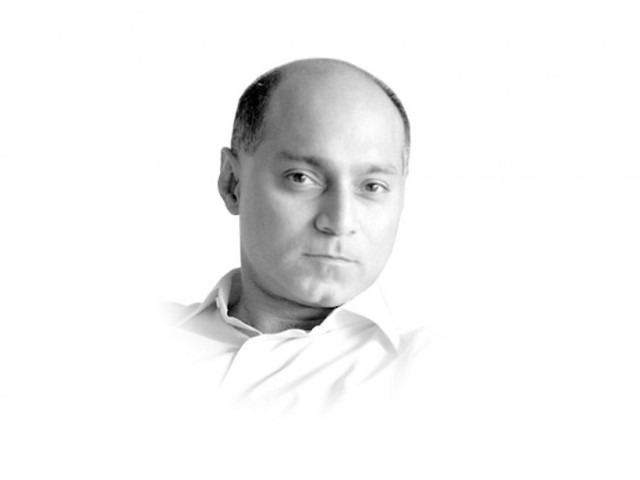 The writer is editor of business and economic policy for Express News and 24/7 khurram.husain@tribune.com.pk

This might sound a little arbitrary, but I believe the number one economic problem facing Pakistan today is inflation, present and projected. Without price stability you cannot get investment going again. Businessmen looking for profits will not make an investment in a future they cannot clearly tally up between profits and losses.

Unfortunately for us, our ongoing bout of inflation, that is now more than five years old, is one of the least understood phenomena we are facing. Of all economic ills we face, the causes of which can be understood relatively easily, none is the subject of such visceral and hyperbolic debate and political shouting matches as is inflation. Balance the budget by withdrawing subsidies? Raise the tax to GDP ratio by bringing about tax reform? Oh the inflation that will result!

Are prices rising in Pakistan because they had been kept artificially low for too long on government expense, subsidies that grew to such humungous proportions that they eventually became fiscally unsustainable? If this is the case, then our present day inflation is nothing more than a period of price discovery as the price level in our economy equilibriates with global prices. Of course incomes are not keeping pace in this process because our economy remains primitive, trapped behind low productivities and as a result the process of price discovery means a debasement in the standard of living of millions of people.

Perhaps inflation is the consequence of manipulative behaviour in the market: speculators and hoarders who buy up essential goods in sufficient quantities to drive their prices upwards? To get a handle on this, do a simple exercise: take the total amount of money in circulation in our economy and subtract from it the amount of money held in the banking system. According to the latest data, less than half of our currency in circulation actually ever sees the inside of a bank, this means that we have something like Rs700 billion rupees is circulating in the economy as loose cash.

This is the money that finds its way into speculative activities since it cannot find a way into the investment stream of the official economy. If this is the main cause behind the sustained increase in the price level, the inflation everybody is talking about is actually a governance failure, an outcome of a growing ‘informal sector’ that has enormous cash balances swirling around within it, far more than it can absorb, egged on by the big commodity magnates who make billions out of the process.

Or is this inflation simply a textbook case of too much money chasing too few goods? Look at the numbers on the fiscal side of things. Borrowings from the central bank just to finance governmental operations amounted to Rs281 billion from July to November alone. To put that in perspective, our total currency in circulation is about Rs1.3 trillion, which makes the borrowing number a little less than one quarter of the total.

Now think about the fact that borrowing from the central bank is pretty much the same thing as printing money and look at the proportions. We have printed money equivalent to almost a quarter of our total money supply just to pay for five months of our government’s operations. That’s a staggering proportion! If printing money at this rate is not going to debase the value of the money itself, then what else should one expect?

Now think about the various arguments we hear in our public discourse whenever inflation is being discussed. If it’s a story about sugar prices, the media will find voices that validate the ‘manipulative behaviour’ theory. If it’s a story about power or fuel price hikes, the media will find voices that speak to some variant of the ‘price discovery’ theory, arguing either that subsidies ought to stay or that their withdrawal is inevitable and the resultant pain as prices rise and incomes stagnate, is something we have no choice but to absorb.

The long arm of the law