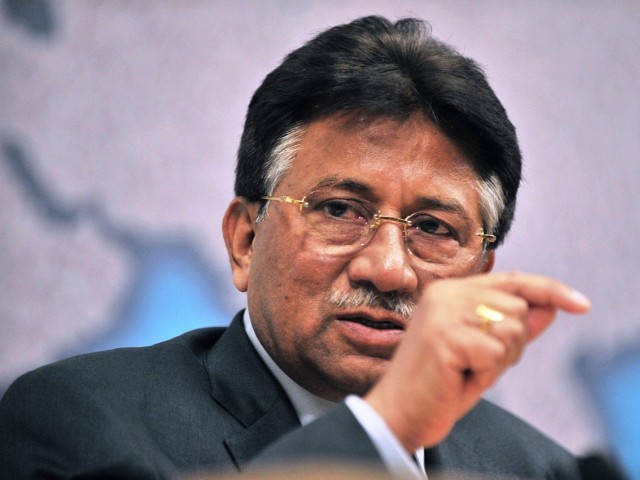 Musharraf was denied the visa among fears that he would hold a political meeting there, the Indian embassy said. PHOTO: AFP

India has denied a visa to former president Pervez Musharraf on grounds that he was responsible for the Kargil conflict that nearly erupted into a war between the neighbours, media reports said on Wednesday.

An Indian home ministry official told AFP that Musharraf’s visa application had been denied, without elaborating on the reason. But he added that the foreign ministry could still overturn the decision.

Indian news agency IANS quoted officials as saying that New Delhi has refused a visa to Musharraf to attend a function in Delhi as it was ‘not convinced’ of the reason for the visit.

Musharraf had applied for a visa at the Indian High Commission in London at an invitation of the Indian chapter of an international group, Young Presidents’ Association.

According to Online news agency, the conference was scheduled to be held in Delhi on Saturday.

Official sources said the decision was taken by the home ministry, according to IANS.

“He wanted to visit several Indian cities and attend a few events but we have expressed our reservations on granting Musharraf a visa,” the official told AFP.

On November 26, Musharraf had told a Pakistani television channel that he had ‘solid evidence’ of India and Afghanistan creating unrest in Balochistan.

Officials said that this statement had been one of the reasons for the denial of visa.

Besides, India was alarmed when some supporters of Musharraf also applied for a visa to travel along with him, which seemed to be now more than just an invitation to deliver a speech.

Additionally, Online news agency said that the Indian government also did not want convergence of elements opposed to the present regime in Pakistan on Indian soil for their activities.

Almost a decade ago, Musharraf had visited India for the Agra summit and made two more visits in 2005 and 2009.