Rumour­s surfac­ed across the media and questi­ons were raised about his presen­ce at the casino­
By Omar R Quraishi
Published: February 25, 2015
Tweet Email 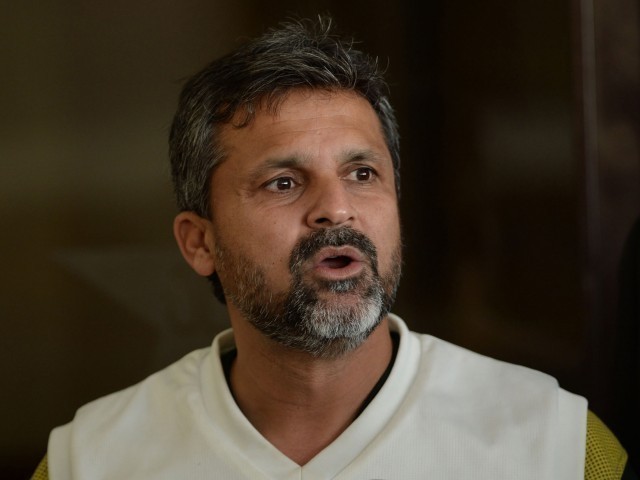 A controversy was raised after chief selector Moin Khan was seen in a casino in Brisbane, ahead of the Pakistan-West Indies game in Christchurch, New Zealand. Rumours surfaced across the media and questions were raised about his presence at the casino.

Despite Moin’s apology for his visit to the casino, Pakistan Cricket Board chairman Shahryar Khan announced on Tuesday that Khan had been called back from Australia.

As he prepares for his return to Pakistan, here is a list of reasons why we really shouldn’t care if he went to a casino:

1. He is not a member of the team- He is not one of the players, nor the trainer or the coach. Curfews should not have to apply to him. 2. It is far better that a selector bets, and bets legally, than one of the team’s players taking part in a match-fixing or spot-fixing ring. We’d rather not have another episode of Mohammad Amir. 3. He said he went for dinner and not to gamble- so technically no crime if the man just wanted to eat. 5. The decision to send him back to Pakistan probably has more to do with some players being unhappy with his presence rather than his actually going to a casino. 6. The Pakistan Cricket Board’s focus should be on the team, the players and their performance. Read: Fixed? Pakistan to crash out of World Cup 2015 in the quarter-finals

7. With his name dragged in the media, he has suffered enough humiliation. Let’s not add to that for no reason.

Moin Khan sent home after visiting a casino! You idiot! If you wanted to gamble, why not do it the approved way of betting & fixing matches.

Moin Khan says he went to the Casino to have dinner. Like the one time I was caught with Playboy and said I was reading interview articles.

8. Quite frankly, the general public only cares about the team and whether we make it to the quarter-finals of the World Cup.