Rawalp­indi Expres­s says Misbah is selfis­h and happy with his own runs
By Reuters
Published: February 21, 2015
Tweet Email 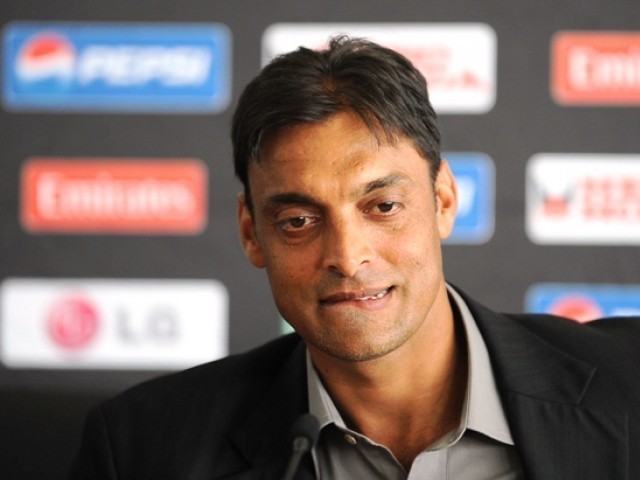 KARACHI: Former paceman Shoaib Akhtar labelled captain Misbahul Haq “a coward” and “a selfish player” after Pakistan were crushed by 150 runs by West Indies in the World Cup on Saturday.

“I have not seen a more coward and selfish captain than Misbah,” the 39-year-old Akhtar told a TV channel.

“He is not willing to bat up the order to protect the other players at a time when he needs to show inspiration.”

“He is happy with his own runs and I don’t know what coach Waqar Younis wants. He has no game plan or direction for the team,” added the man known as the Rawalpindi Express, who won 46 test caps and played in 163 one-day internationals. Misbah, 40, has been a successful test captain since taking charge in 2010 and has also led the one-day squad since 2011.

He batted at number five against West Indies in Christchurch on Saturday but made only seven as Pakistan were bowled out for 160 to slump to their second straight defeat in the competition.

“I beg of Younus. Thank you for your services to Pakistan cricket but please leave this ODI side now,” said Ramiz.

“I think Younus should tell the management he should be rested. Our fielding has also been a joke but we need just one good match to get back on the winning track.”

Another former captain Mohammad Yousuf called for wholesale changes to be made after the World Cup.

“The problems ailing our cricket will not go away unless we produce better batsmen and the management is reshuffled,” Yousuf said.

“We went to pieces against a West Indies side hit by internal issues so what can we expect from this team in the remaining games?” said Saqlain.