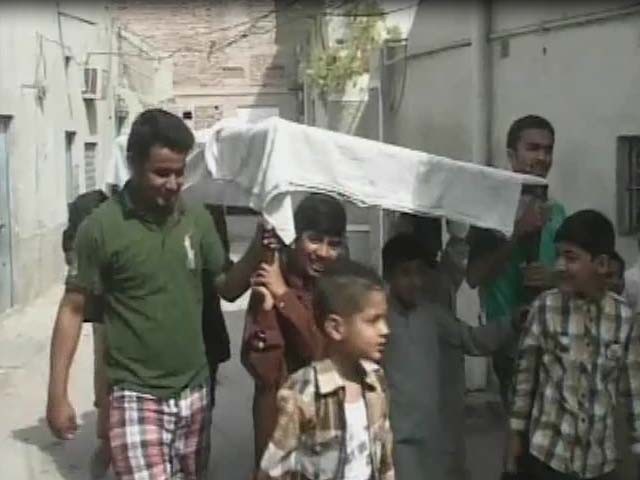 MULTAN: Cricket fans in Multan held a mock funeral for the national cricket team on Saturday after a record-shattering World Cup defeat at the hands of the West Indies.

Residents of the city organised a symbolic funeral procession, replete with a coffin with several cricket bats placed over it, directing their anger at the national team after a poor start to the tournament that has also seen it defeated by arch-rivals India.

“This time we were really hoping for Pakistan to win,” Shama Bibi, one of those taking part, told AFP.

“We don’t want to watch this anymore.”

Another demonstrator who gave her name only as Rafia blamed the Pakistan Cricket Board for what she said were poor selections and politicisation of the game.

Cricket fans elsewhere in the country, meanwhile, staged their own protests to show their frustration with the national side. Chasing the West Indies’s first innings total of 310 runs, Pakistan gave up its first four wickets for just one run — the worst start in one-day international history — before eventually losing by 150 runs.

Pakistan, winners of the 1992 World Cup, now sit at the bottom of Pool B and will resume their faltering campaign against Zimbabwe in Brisbane on March 1.

Watch a video of the mock funeral here: