MsT takes you throug­h the life-changi­ng docume­nt, to highli­ght some import­ant clause­s you might miss out on
By Mehreen Ovais / Creative: Hira Fareed
Published: February 23, 2015
Tweet Email 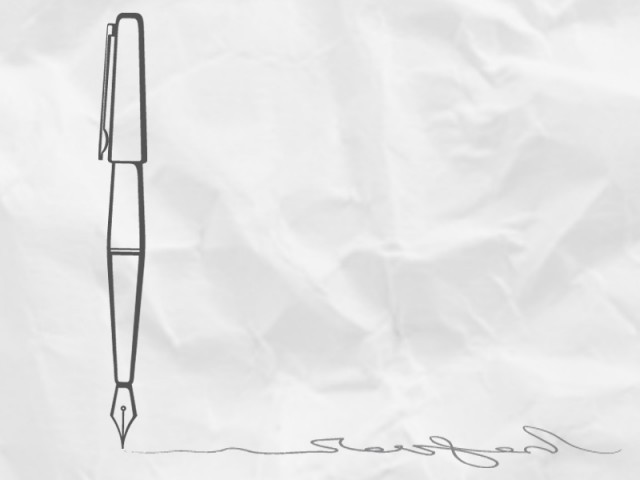 Weddings in Pakistan are an interesting affair. Right from the time that the wedding dates are finalised up to the actual event, both sets of families are engrossed in a flurry of excitement and activity.

From bridal outfits and dances to the planning, decoration and implementation of the venue — people invest all their energy into perfecting their event, right down to a tee. Unfortunately, in the quest for making their wedding memorable, the bride and groom often overlook the one tiny detail which, as it happens, will seal their impending marriage: the nikahnama.

Don’t underestimate this dull-looking, often poorly-printed document as it is perhaps the most important piece of paper you will ever hold in your life. Once you put your name on the dotted line, there is no looking back and, yet, most couples only see the document seconds before it renders them man and wife. In fact, many families leave the nikah at the mercy of a maulvi who is hired to conduct the ceremony and fills the form as he sees fit. Little or no consideration is given to the terms and conditions the nikahnama includes; couples commence their new lives together unaware of their marital rights.

Although seemingly simple, your nikahnama deserves some attention and analysis before you sign it. A sound knowledge of the nikahnama can actually help the couple understand expectations and their duties towards one another. It is especially important for the bride to align each detail with her partner in order to safeguard her position in the marriage. Years later, if either of the two parties feel that their partner isn’t abiding by the principles of the nikahnama, the matter can be protested in court.

The anatomy of the nikahnama A typical nikahnama begins with basic profiling of the bride and groom, asking for their names, address and relationship statuses. There is a special focus on the age of the bride upon marriage as she should be at least 16 years old for it to be accepted legally (the groom must be 18 or above). Similarly, if the marriage takes place through the court, she must be at least 18. Despite the law, many nikahs are conducted with blank or incorrectly filled age slots. The age of a bride is source of great trepidation in many parts of Pakistan, particularly in the rural areas, where an unmarried girl past her marriageable age is brought in for a nikah. “I was born in 1960 but my nikahnama says 1964,” admits homemaker Nilofer Asghar. “Although my real age upon marriage was 26, my parents felt that it was much too old so they cut off four years of my existence.” The next few points on the document (number 7 to 11) refer to the representatives appointed by the couple to bear witness to their nikah. As per Islamic tradition, the couple gives consent to one representative (each) known as the vakil to conduct the ceremony in the presence of two witnesses (from each side) and the stipulated dowry (if applicable). The witnesses must include two trustworthy Muslim men who are not next of kin to the bride, eg ascendants like the father or grandfather and descendants like the son or grandson. The points ask for the names, birthdates, addresses and national identity card numbers of the three representatives, along with a specification of the relationship shared between the bride and groom and each of their two witnesses. One of the most important clauses purported by the nikahnama is that of the haq mehr — an obligatory gift given by the groom to his bride, in consideration of the marriage. Not only should you be well aware of the purpose and importance of the haq mehr, it is also advisable for the two families to discuss and finalise it beforehand to avoid any grievances at the last minute. Points 12 to 17 of the document elucidate the details of the amount that the families have mutually agreed upon, which can be paid in the form of cash, gold or any other valuable item. If gold worth a certain amount is specified, the bride can automatically claim that gold from her bari (gifts given by the groom and his family) as her own. Unless the mehr is specifically mentioned in the nikahnama, the gold remains a gift in the eyes of the law and must be returned in case of a divorce.

In general, the issue of haq mehr is resolved by the elders, usually the fathers of the bride and the groom. Many parents feel ashamed to demand a specific amount and therefore, ignore the slots in that pertain to it without realising that this could lead to several problems between the couple in the future. Such was the case of nurse Abida Mohsin who resents her parents’ decision regarding her haq mehr, even after four years of marriage. “My in-laws specifically asked us to mention Rs10,000 as my mehr,” shares Abida. “I wish my parents had the courage to contest that. My husband hardly gives me any money now and I am struggling to meet the needs of my children and myself.” Haq mehr secures the bride financially and if the section is left vacant, the wife can challenge her husband in court for not fulfilling his obligation to her. The burden of proof falls upon the husband and he must provide evidence showing that he has paid the mehr as specified on the nikahnama. Although the patriarchal society of Pakistan may not condone it, women can express their desire for a mu’ajjal (when the mehr is paid at the time of the nikah ceremony) or a mu’wajjal (when the mehr is to be paid at the demands of the wife).

The most abused clause in the nikahnama pertains to the chief right of a married woman: ie the right to a divorce (Talaq-e-Tafweez), routinely omitted by moulvis without so much as consulting the bride or her family. Striking the clause off usurps the bride’s right to file for Suit of Dissolution of Marriage by Way of Talaq. Although many girls are now aware of the issue and have raised their concerns prior to getting married, reserving the right to divorce is still somewhat of a social taboo which many families avoid lest they look bad before the in-laws. Banker Rabia Ali, for example, was labelled misguided and rebellious for expressing her desire to retain her right to annulment. “My mother told me I would never have a successful marriage by thinking of divorce right from the start,” she says. “Ultimately, it became such a huge problem than I had no choice but to relent.”

Nonetheless, under Section 8 of the Marriage Family Law Ordinance (MFLO), the husband may delegate the right to his wife by specifying it in clause 18. Having the right protects a woman and offers a way out if her marriage isn’t working. If the related section is left unfilled, she must take the matter to court and file for a khula from the Family Courts of Law, also known as a dissolution of marriage by way of judicial divorce. Unfortunately, a khula denies one of the advantage of the haq mehr, placing them at a financial disadvantage that dissuades many women from seeking it. You must decide whether you want to retain the clause which would entitle you to receive your mehr in case you ever need to initiate a divorce. Although it has been 10 years since she got married, homemaker Madiha Sarwar, still regrets having signed her nikahnama without adequate research. “I had no idea what the contract meant at the time and honestly didn’t think it would matter so much,” she admits. “But now, I regret not checking the right boxes. If I had, I wouldn’t have required a khula and risked my mehr, property and children!”

Other clauses and supporting documentation

There are various other clauses and documents which you can include in your nikahnama. For instance, many couples determine a monetary allowance which the husband must give the wife every month, thereby further securing her financial. Interestingly, the wife may challenge this amount in court even years after the nikah, keeping inflation and her growing needs in mind. At times, couples have gone as far as to include that the husband will continue to pay the wife her monthly compensation even in case of a separation or divorce. As long as the documents abide by the law, any extra clauses are acceptable, including asking the groom to prove he has been granted permission from his first wife (in the case of polygamy) or deciding who will get custody of children should the couple part ways later.

The nikahnama is almost always left to the very last minute, when there is barely any time for the bride and groom to deliberate over it, despite how immensely important it is. Hence, it is best for all would-be brides, grooms and even their families to take charge and review it with a fine-toothed comb before sealing the deal. It is imperative for you to know your rights and ask for what is rightly yours.