Child abuse: Eight-year-old killed after being raped in Quetta

Child abuse: Eight-year-old killed after being raped in Quetta 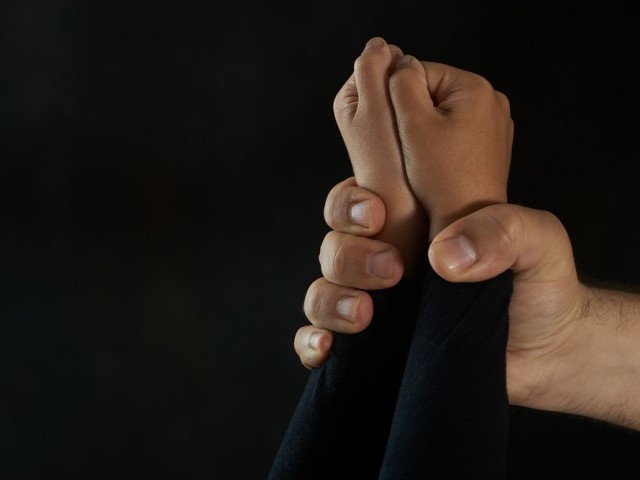 Police have arrested a suspect in the case, 35-year-old Anwer Ali. STOCK IMAGE

QUETTA: An eight-year-old Hazara girl was reportedly raped before her assailant brutally murdered her in Hazara Town of Quetta on Wednesday.

“Eight-year-old Nadia* had left her house at 2pm and was later found injured near her house in Hazara Town,” Brewery Police Station SHO Asim Shah said. “She was struck with a sharp object on her neck which caused bleeding.”

The girl was rushed to the hospital, but died due to extensive bleeding.

“Initial medical reports suggest that the child was raped before being murdered,” police surgeon Haider Somejo said, adding that they have collected DNA samples for further medical examination.

“We have handed over the initial report to police for investigation,” Somejo added.

Meanwhile, police have arrested a suspect in the case, 35-year-old Anwer Ali. Ali, who also belongs to the Hazara community, lived near the victim’s house.

“The accused has not confessed his crime during the investigation. However, circumstances suggest that he is involved,” said SHO Shah.

The victim was a second grade student and had three siblings. They lived with their mother, while their father was in Australia.

This is the second such case reported in Hazara town in recent months. Las year, seven-year-old Saher Batool had been raped and murdered. Police had claimed that Batool’s murderer has been arrested.

*Name of the victim has been changed