Protection of women: More committees formed for harassment at workplace

Protection of women: More committees formed for harassment at workplace 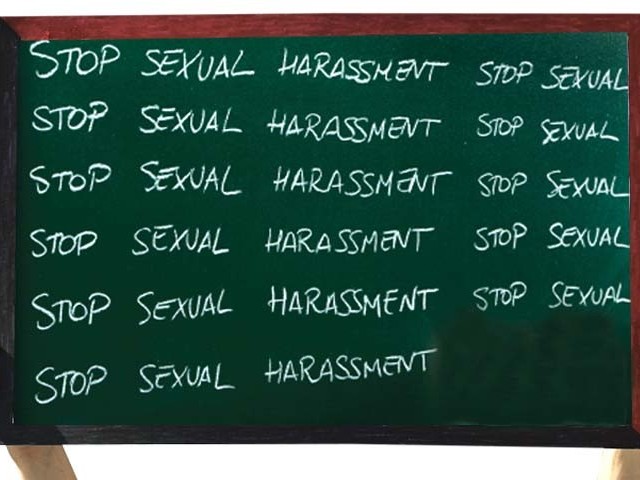 In September 2014, a nurse from Lady Reading Hospital (LRH) reported a ward orderly attempted to rape her. PHOTO: FILE

The Khyber-Pakhtunkhwa (K-P) government has finally stepped in, after a meeting of the provincial watch committee was called for the second time since the harassment at the workplace act was promulgated in 2010.

Not many have heard of the provincial watch committee which was created to expedite the implementation of the Protection against Harassment of Women at the Workplace Act 2010. The Act was passed at the federal level and is yet to be absorbed by the provincial law book.

According to insiders, the meeting on February 3 was the only one held after the committee’s first one in June 2014.

At the meeting, the government decided to form monitoring and capacity-building committees as well as harassment watch committees at the district level. The Act itself focuses on inquiry committees at all public and private companies—not just government departments—and makes it mandatory to have a provincial ombudsmen.

It was acknowledged harassment was being reported but was not being investigated. Even if there was some enquiry, insiders said those involved in the crime are never brought to justice.

“Yes, we have received several complaints. Majority of them are from the industrial area where working women are being harassed,” an official privy to the matter told The Express Tribune. “Nurses in hospitals also complain of harassment.”

He said the meeting on Tuesday was held with the social welfare and women empowerment department, NGOs and civil society activists.

The second committee for capacity building will play its role by holding awareness campaigns about harassment and compliance with the Act. These will share information about contact persons in case someone is harassed at any work place.

This team will include K-P Commission on the Status of Women coordinator Amna Durrani and Mir Sufyan from Shirkat Gah.

Copies of the Protection against Harassment of Women at the Workplace Act 2010 will be sent to all departments across the province and will also be translated into local languages, said another official familiar with the issue.

Social Welfare Secretary Hidayat Jan told The Express Tribune committees had been formed in all government departments at the provincial capital but now they will be formed on district level as well. “If any department has not formed the committee, [they] must form [them],” Jan said.

Harassment of women in K-P is commonplace, yet women avoid reporting it, at times because of a lack of knowledge of their rights and because they feel it is a risk to draw attention.

In September 2014, a nurse from Lady Reading Hospital (LRH) reported a ward orderly attempted to rape her. Her case drew attention to the fact that according to the District Nurses Association Peshawar, eight cases were reported over three preceding months; three of them were from LRH.

On August 5, 2013, two Reclamation and Probation officers sought an enquiry under the Act against a male official of the same department for allegedly secretly recording women in the toilet in the department.

The women had caught an assistant red-handed while fixing a pen-camera inside a container in the women’s facilities and upon playing it, they found themselves and another female captured in a video while using the washroom.