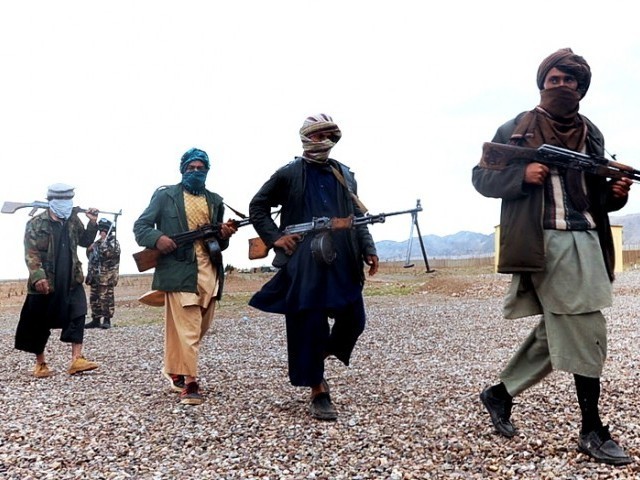 The Taliban delegation’s rare visit visit to China has led to speculations in Afghanistan about a possible Beijing role in the Afghan peace process. PHOTO: AFP

ISLAMABAD: The Afghan Taliban confirmed on Tuesday that its representatives visited China recently but balked at the possibility of the militia seeking Beijing’s mediation in any talks with President Ashraf Ghani’s administration.

Earlier, the Taliban and China had declined to officially comment on the reported visit of Taliban representatives to Beijing ahead of President Ghani’s maiden visit to the Chinese capital in October, last year.

The Chinese delegation was headed by Qari Din Muhammad Hanif, a senior negotiator in the Taliban political office in Qatar. The Taliban’s rare visit has led to speculations in Afghanistan about a possible Beijing role in the Afghan peace process.

Taliban spokesman Zabihullah Mujahid, however, clarified on Tuesday that the visit was not aimed at seeking Beijing’s role to mediate with the Kabul administration.

“The Islamic Emirate of Afghanistan will continue visits, and maintain and expand relations and contacts with China and other neighbouring countries to convey its stance,” he said in a statement.

“We have not visited any country for mediation. We have also not positively responded to any mediation offer and media reports about the issue are not true,” Mujahid said. “I want to point out that many countries, which have sympathies with the Afghan nation and the Islamic Emirate, have floated suggestions to play a role in solution to the problems. The Islamic Emirate of Afghanistan respects all these efforts but has not taken any decision.”