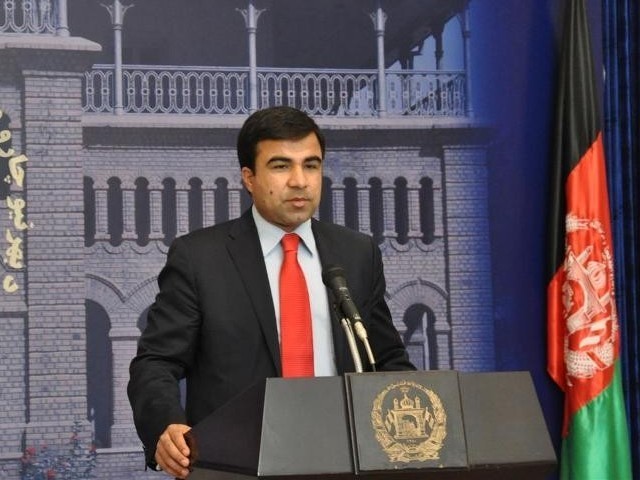 KARACHI: As Afghanistan and Pakistan work towards a common goal, Afghan Ambassador Janan Mosazai has said that both the countries must work to deal with common issues like terrorism, illiteracy, poverty, water shortages, energy crisis and infrastructure development.

“We are dependent on each other and cannot live in isolation. We need to effectively utilise the available resources in order build deeper relations between the two countries and stay focused on translating our words into action,” he said this during his visit to the Karachi Chamber of Commerce and Industry (KCCI).

“We will have to stop bloodshed and work jointly against terrorism in order to ensure a better future for our generations to come,” he added.

The Afghan Ambassador, while assuring support to KCCI by the embassy of Afghanistan, said that the doors of his country were wide-open for Pakistani business community to invest and enhance trade with their counterparts in Afghanistan.

He also asked the KCCI to organise a delegation’s visit to Afghanistan with a view to explore trade and investment opportunities. In this regard, the business community of Karachi can play a leading role in the economic progress and prosperity of the region as Karachi, being the financial and economic hub of Pakistan, can contribute significantly to improve trade ties.

He also invited the business community of Karachi to invest in free economic zones in Afghanistan to boost economic and trade ties between the two neighbors. Pakistani investors can set up their units in these tax-free zones where they will get cheaper and reliable electricity along with security.

Setting up of Pakistani industrial units in Afghan free economic zones would not only help them effectively penetrate into the Afghan market but also gain access to Central Asian Republics, he added.

“We are ready to offer additional facilities particularly to Pakistani investors which should give them more confidence as it shows the level of commitment and desire to have strong relations,” he added.

Identifying various sectors for undertaking joint ventures, he pointed out that business communities of the two countries can undertake joint ventures in agriculture, education, construction, mining, precious stones, natural resources and other important sectors of the economy.

He pointed out the huge potential in Afghanistan for Pakistani rice exporters that cannot only export rice to Afghanistan but also to the Central Asian Republics via Afghanistan.

He also underscored the need to develop highways, railways and air-links between two countries. Various agreements have already been signed in this regard, now it was high time to implement all these projects, he added.

Seed sellers: Registration of 100 companies may be cancelled