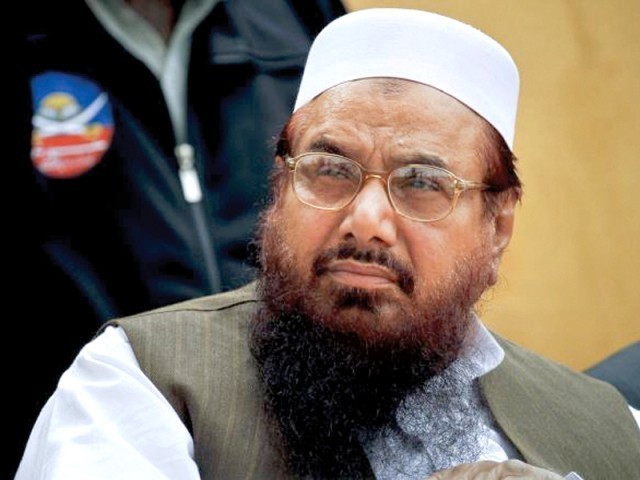 ISLAMABAD: Days after the government decided to ban the Haqqani Network, Jamaat-ud-Dawa (JuD) and 10 more organisations, the Foreign Office announced on Thursday the assets of all banned outfits, including JuD, had been frozen.

“The assets of all the banned outfits have been frozen,” Foreign Office spokesperson Tasneem Aslam said during her weekly press briefing.

“Pakistan takes immediate action against the organisations banned by the UN sanctions committee. The measures include freezing of their assets and accounts.”

“Pakistan is taking action against all terrorist groups without any discrimination,” she reiterated.

Earlier, security analysts had said that banning the JuD is also a significant development as India, as well as the US, have long considered the charity run by Hafiz Muhammad Saeed as a front for the Lashkar-e-Taiba militant outfit which has been blamed by New Delhi for masterminding the 2008 terrorist attacks on landmarks in Mumbai.

“It’s our first step towards execution of the National Action Plan. The nation will see more positive steps towards dismantling militant groups. Both civilian and military leadership decided to ban the Haqqani Network and Jamaat-ud-Dawa,” a senior intelligence official confirmed to The Express Tribune.

However, Minister for Defence Production Rana Tanveer Hussain has said that there was no reason to ban the JuD since it is not a terrorist organisation but  rather a charitable one.

RELATED POST: JuD not a terrorist organisation, no reason to ban it: PML-N minister

The spokesperson said violence in the name of religion is condemnable all over the world and expressed concerns about the incident of burning alive of four Muslims in Assam.

Further, Aslam said tension created by India on the Line of Control  is an effort to divert its attention from the war against terrorism.

Commenting on US President Barrack Obama’s statement about taking unilateral action against terrorists, Aslam said, “We appreciate the United States for expressing solidarity with us on the Peshawar tragedy. However, in regards to countering terrorism, the action should be in line with international laws and cooperation amongst members of international community.”

Further, she hoped during his visit to India, Obama will take up with the Indian authorities the issue of recent escalation on the Line of Control and the working boundary.

“This escalation at a time when Pakistan is in the midst of a robust and broad operation against terrorism reflects that certain forces does not want Pakistan to succeed in the war against this menace. It is not in the interest of the international community including India.”

RELATED POST: Obama’s decision to visit India, not Pakistan, in the interest of all three countries: US

When asked about the presence of Islamic State elements in Pakistan, she said we are alert to the threat of the outfit. “Pakistan is already carrying out an across the board operation against all the terrorists.”

Regarding relations with Afghanistan, Aslam said we have been able to establish cooperative relations with the neighbouring country over the past few months.

The coolest passport in the world?