Muslim commun­ity blamed for the disapp­earanc­e and death of boy who was missin­g for over a week in India's Bihar state
By AFP
Published: January 19, 2015
Tweet Email 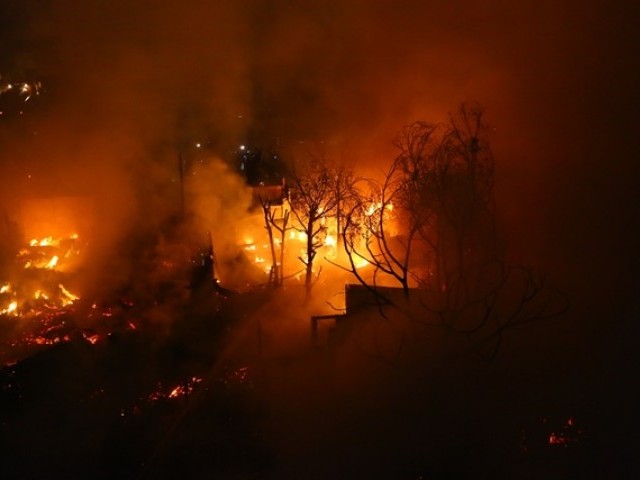 Muslim community blamed for boy's death, who was missing for over a week. STOCK IMAGE

NEW DELHI: Police have arrested nine people after a mob torched a house and burnt to death three men thought to be Muslims in an outbreak of communal violence in northern India, an official said Monday.

Police in riot gear were patrolling a village where Sunday’s hours-long rampage and attack occurred in Bihar state, with tensions still high between the majority Hindu and minority Muslim communities.

The attack was triggered by the discovery of the body of a teenage Hindu boy, allegedly murdered by family members of a Muslim girl who objected to the pair’s suspected relationship.

“We have identified the attackers and nine accused have been arrested,” said Paras Nath, inspector general of police in Muzaffarpur district.

“The hunt is on for others. Three persons were burnt alive,” Nath told AFP.

“One accused in the murder of the teenage boy has also been arrested,” he added.

The body of 19-year-old Bhartendu Kumar was discovered Saturday in his native village of Saraiya, 102 kilometres from the state capital Patna, after he disappeared days earlier.

A mob armed with sticks and other sharp weapons attacked the house of one of the people suspected by Kumar’s family of kidnapping and murdering him, police said.

Rioters set his house on fire, killing three residents, thought to belong to the Muslim community and injuring two others.

Police said 10 adjoining houses were also gutted and 15 vehicles damanged in the violence, which lasted for four hours on Sunday morning.

Couples from different religions in India are often targeted by their families and community members for supposedly bringing “dishonour”, sometimes resulting in confrontations and even deadly violence and full-scale riots.

Critics say Hindu hardline groups have become more emboldened since the Hindu nationalist Bharatiya Janata Party stormed to power at elections in May.

Alongside the 80 percent Hindu majority, Muslims make up 13.4 per cent of India’s 1.2 billion population, with Christians, Buddhists, Sikhs and other religions accounting for the rest.