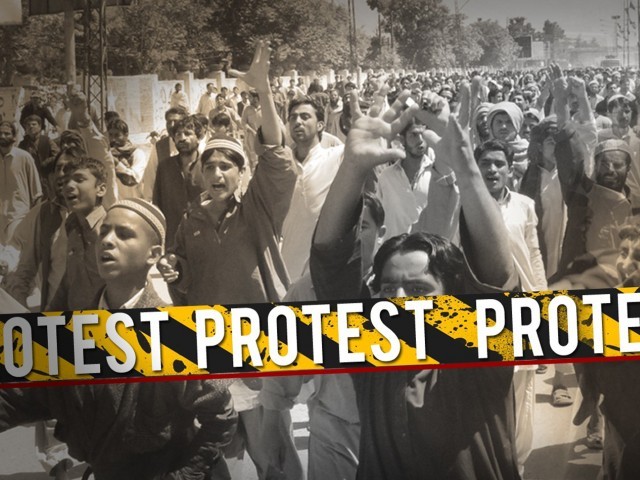 QUETTA: The Baloch Student Organisation (BSO-Azad) staged a protest demonstration in front of the Pasni Press Club accusing security forces of whisking away the central member of BSO-Azad along with his cousin from Turbat on Friday.

The protestors alleged that the security forces had whisked away Qambar Chakar and his cousin Arshad Baloch during a raid on Friday. Addressing a news conference at the Turbat Press Club, BSO-Azad Leader Farida Baloch stated that personnel of intelligence agencies violated the sanctity of Chakar’s home by raiding it. She said that more than 30 activists of BSO-Azad had been reported missing since 2009 and hostage taking of opponents had now become a routine practice.

They demanded international humanitarian organizations and judiciary to take notice of the deteriorating human rights situation in Balochistan.