Mardan DIG urges cleric­s not to enrol them in semina­ries.
By Our Correspondents
Published: January 6, 2015
Tweet Email 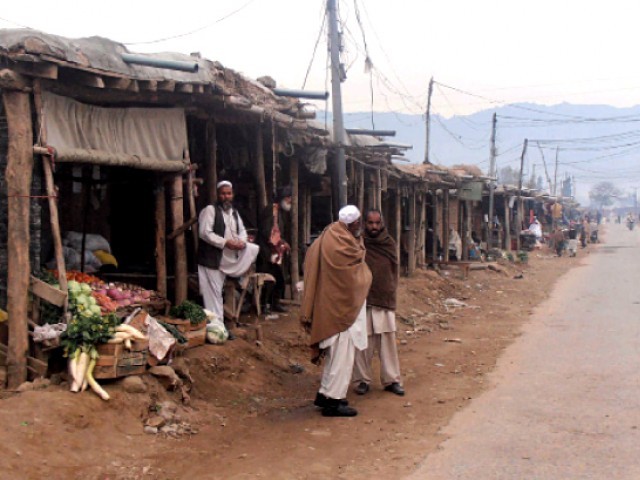 All relevant police officers are directed to speed up the process against illegal Afghan refugees. PHOTO: FAZAL KHALIQ/EXPRESS

According to a statement issued from the home department’s media wing, prison officers also held a meeting to discuss security of prisons across the province.

“All relevant police officers are directed to speed up the process against illegal Afghan refugees.

The number of commandos deployed at prisons should also be enhanced,” the statement quoted Home Secretary Syed Akhtar Ali Shah as saying.

Meanwhile, DIG Mardan region, Muhammad Saeed Khan Wazir has urged clerics to play their role in the elimination of extremism and to curb the presence of Afghan refugees residing illegally in the country.

During his visit to Madrassah-e-Darul Quran in Panj Pir, Swabi, the DIG said it was the duty of ulema to help fight militancy and crime in the society.

Wazir also urged the administrations of seminaries to not enroll illegal Afghan refugees. He added the provincial police force has rendered numerous sacrifices which will never be forgotten.

Also speaking on the occasion, Maulana Muhammad Tayyab Tahiri, central leader of Ishat-e-Tuheed Wa Sunnat, said attacking policemen was against the religion. He said Islam does not allow attacks on those who are the guardians of an Islamic state.

He also assured Wazir data of Afghan refugees enrolled in seminaries would be collected and documented and then shared with the police.

He added those residing in Pakistan illegally would not be enrolled.