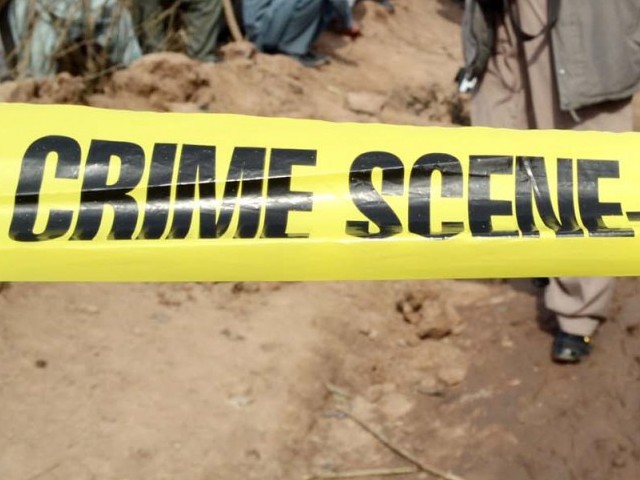 Says some 275 people were killed in targeted attacks. PHOTO: PPI

Three bullet-riddled bodies were found dumped in an uninhibited place in the Mand area of Turbat district on Tuesday, taking the number of such bodies found in the volatile province this year to 164.

Since 2004, a low-key separatist insurgency has been ongoing in Balochistan, which has become a cauldron of sectarian, militant and political violence. Several separatist groups have been targeting security forces, law enforcers and political opponents triggering frequent clampdowns.

According to a home department report, at least 164 bullet-riddled bodies have been found in Balochistan during the last 12 months. Of them, 80 were found in Quetta, 41 in Kalat division – comprising Khuzdar and Mastung districts – 41 in Makran division – comprising Panjgur, Gwadar and Turbat districts – six in Nasirabad division, 13 in Zhob district and eight in Sibi Division, says the report, a copy of which is available with The Express Tribune.

Of the victims, the report says 71 have been identified as ethnic Baloch, 35 Pashtun, 19 people of other ethnicities, while 41 victims could not be identified.

Home Secretary Akbar Hussain Durrani said the unidentified victims could be either militants or anti-state elements. “The DNA samples of these bodies were sent to labs in Karachi or Lahore for identification,” he told The Express Tribune.

The home department report claims that targeted killings have dropped by over 30% in 2014 as around 275 people have been killed in targeted attacks, while there had been 531 such killings in 2013.

Among the victims of targeted attacks, 80 were from the Hazara community, 35 were police officials, 34 FC personnel, 25 Balochistan Levies officials, 30 settlers, six sectarian, five Sunni Ulema and 41 others. Similarly, 19 people have been killed in attacks on passenger trains.

At least 250 bombings, including three suicide attacks, have been reported across Balochistan this year. At least 49 people have been killed and 436 wounded in these explosions. Moreover, two persons have been killed and five wounded in around 192 rocket attacks. There have been 42 landmine blasts—mostly in Dera Bugti – which claimed 12 lives. Sixty-six hand grenade attacks have also been reported in 2014 which killed six people and wounded 82 others.

According to the home department figures, gas pipelines have been blown up 84 times, while railway tracks have been dynamited 12 times in 2014 – the year which also saw 17 electricity pylons damaged or destroyed in subversive attacks.

Home Secretary Durrani said 22 cases of kidnapping for ransoms have occurred in Quetta – of which 17 people have been recovered. “The police have busted around seven gangs of kidnappers,” he revealed. He claimed that the law and order has improved by around 70% compared to the last two years.