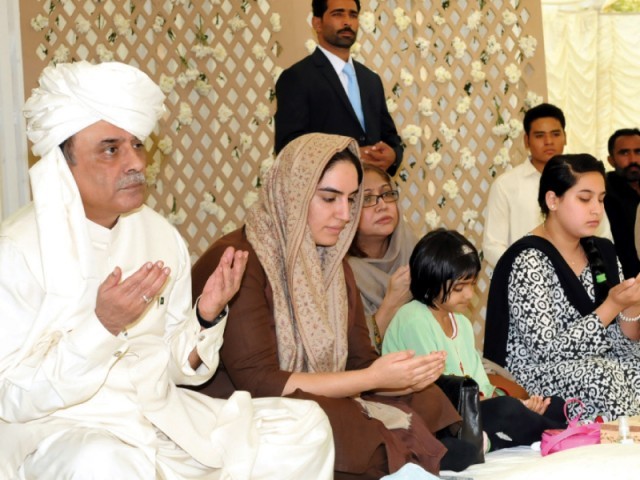 BENAZIRABAD: PPP co-chairman Asif Ali Zardari became chieftain of his tribe on Tuesday, replacing his father, veteran politician Hakim Ali Zardari who passed away in May 2011. A large number of people belonging to the Zardari tribe of Balochistan and Sindh attended the ceremony in Benazirabad (formerly known as Nawabshah) amid strict security measures. His dastar (turban) was tied, nominating him as the chief of their tribe. After the ceremony, he would now be called “Rais Asif Ali Khan Zardari”. Though the tribal chiefs are normally given the title of Nawab or Sardar, the Zardari clan calls them “Rais”. After the death of his father, Asif Ali Zardari had publicly announced that his son Bilawal Bhutto Zardari would be next chieftain of his tribe, but elders of his tribe advised him against the move.

The tragic death of Mutahir Rauf