Burdening: No power but consumers to pay Rs1.2 billion

Burdening: No power but consumers to pay Rs1.2 billion 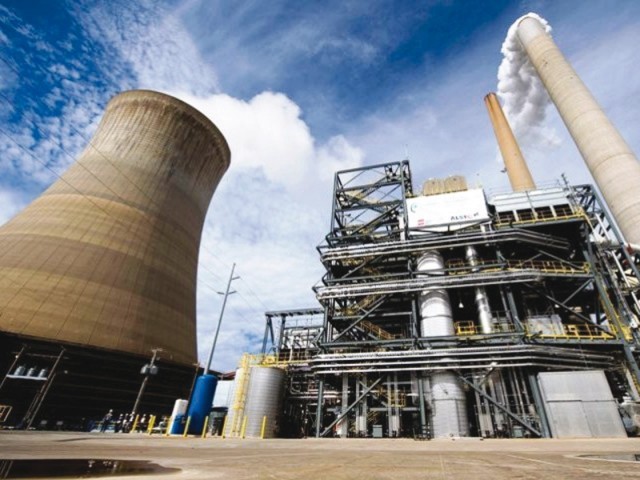 Stopping the supply of gas would bring down the production of cheaper electricity by about 400 megawatts at a time when annual maintenance of canals would restrict hydroelectric power generation to low levels. PHOTO: AFP

The consumers of electricity will be forced to pay an extra Rs1.2 billion in capacity charges to a power plant without receiving any supplies as gas will be diverted from the plant to textile manufacturers, says a summary submitted to the economic decision-makers.

The proposal was prepared and floated by the Ministry of Water and Power, which had been advocating provision of gas to power plants, in a meeting of the Economic Coordination Committee (ECC) on December 24, sources said.

It suggested diverting gas from Rousch Power Plant to the textile industry for two months, but acknowledged that the step would lead to an increase in power outages in the country.

Estimates show the consumers will be paying Rs600 million per month in capacity charges to the power plant without getting 412 megawatts of electricity in the wake of diversion of gas to the textile manufacturers.

According to the summary, the Ministry of Petroleum and Natural Resources conveyed that the prime minister, after receiving complaints from the textile industry, had directed that the gas allocation mechanism adopted last year should be followed in the current year as well. This would ensure a balance in supplies to the energy producers, industry, domestic and commercial consumers.

It was recalled that the ECC in its meeting held on December 17 last year, while considering a summary submitted by the Ministry of Water and Power on the diversion of gas supply from Rousch Pakistan Power Limited, had approved provision of 85 million cubic feet per day (mmcfd) for 60 days to the industrial sector in the light of the consent given by the power producer.

ECC members agreed that the Water and Power Development Authority (Wapda) and the National Transmission and Dispatch Company (NTDC) would continue to pay monthly capacity charges to Rousch based on the provisions of a power purchase agreement. The ECC said preference may be given to the export-oriented industry.

However, it was highlighted in the meeting that stopping the supply of gas would bring down the production of cheaper electricity by about 400 megawatts at a time when annual maintenance of canals would restrict hydroelectric power generation to low levels. This would result in an increase in load-shedding.

Setting the concerns aside and like the previous arrangement cleared by the ECC, it was proposed that 85 mmcfd of gas could be diverted for a period of 60 days from Rousch to the industrial sector. For paying capacity charges, a memorandum of understanding (MoU) would be executed.

After discussions, the ECC endorsed the proposal, burdening power consumers with more than a billion rupees and prolonging outages to please the powerful textile lobby.