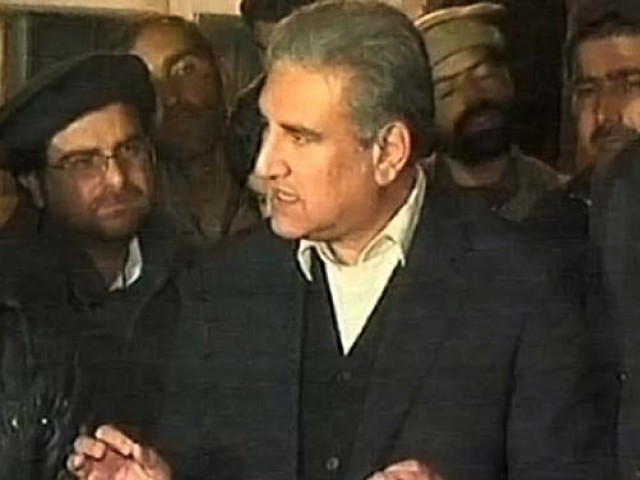 As the final round of talks between the government and Pakistan Tehreek-e-Insaf  (PTI) concluded on Tuesday, both were back to square one as the former agreed to deliberate on a draft of terms of references for the judicial commission to probe the May 2013 elections, as proposed by the latter.

“Both sides are stuck on “scope of work” of the proposed judicial commission,” revealed Finance Minister Ishaq Dar after the meeting.

Amid scenes of discontent from the PTI side, the government said it was accepting the proposal put forward by the PTI, and will now take the 21 parliamentary parties into confidence over it with Minister for Planning Ahsan Iqbal reiterating that they want to resolve the issue amicably.

“We came today with the expectation of signing an agreement, but it seems that the government is shying away from probing electoral rigging,” he lamented. “We have shown maximum flexibility during the talks and apparently there is no further space for further negotiation and it is up to the government now to reply our demands.”

Qureshi later said that he will consult with party chief Imran Khan and seek a new course of action for the party during the next core committee meeting.

Earlier on Tuesday, Minister for Planning and Development Ahsan Iqbal expressed confidence that the government and leadership of the Pakistan Tehreek-e-Insaf (PTI) would be able to reach a consensus on the issue of electoral reforms through negotiations, Radio Pakistan reported.

The government and PTI are expected to hold talks today to resolve their political differences.

“Irregularities in the general elections will be addressed with the consensus of all political parties,” Iqbal said, adding that the country could not afford politics of confrontation.

Moreover, the PTI said a deadlock on three points still continues, but the party is hopeful that these issues will be resolved amicably.

Earlier, PTI had reiterated that it would persevere in its demand for an independent inquiry into the alleged rigging in the 2013 election.

The PTI had been staging nationwide protests, and had announced a countrywide shutdown, which were called off by the party’s chief Imran Khan to lend support to the government in its fight against militants following the December 16 bloody rampage by Taliban gunmen at the Army Public School in Peshawar that killed 150 people.