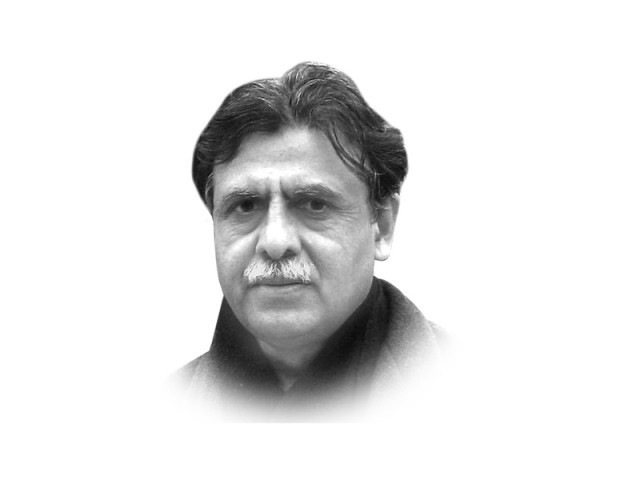 The recent controversy in the Indian media and parliament about mass conversions of around 55 Muslim families to Hinduism has peeled away deep layers off Indian politics. It reflects on the manner in which Indian politics is shaping up after the BJP and its close associates ascended to power. During a debate, an Indian minister, Venkaiah Naidu, tried to assuage public sentiment while alluding to India’s anti-conversion laws and some court rulings that have taken a firm view on the subject. The minister, in the same breath, however, eulogised the RSS, the BJP’s mother organisation, which is at present giving tacit support to its active associates like the Vishva Hindu Parishad (VHP) and the Bajrang Dal that are spearheading the controversial conversion campaign. The mass conversion in Agra recently saw Muslims converting to Hinduism in a proper ceremony before the electronic and print media. They had worked as rag-pickers, and it is being claimed that their forefathers had converted to Islam.

The move in Agra was sponsored by the Bajrang Dal, a militant right wing organisation that forms the youth wing of the VHP, an extremist outfit. One of the goals of these organisations has been to build the Ram Janambhoomi temple in Ayodhya, a disputed site between Hindus and Muslims. Another key objective has been to preserve and promote India’s Hindu identity and to put a check on Muslim demographic growth and conversions to Christianity. The Bajrang Dal also has a tainted history of involvement in the Gujarat riots of 2002. It had been reportedly responsible for attacking Christians in Orissa and Karnataka.

To the protagonists of this move, these conversions are nothing more than the ‘ghar wapsi’ of those who were once lured by an ‘alien faith’ and this is, at best, a reconversion on voluntary basis. This lobby strongly feels that it is an opportune time to reassert India’s Hindu identity. There has also been mass conversion of around 200 Christians in Gujarat on December 20. These conversions are a well-thought-out move by those who are now controlling the political levers to give new meaning to the national narrative in India and give more space and reasoning to achieve the ultimate goals of Hindutva. Supporters of the conversion lobby view Christianity and Islam as outsider faiths, while Jainism, Buddhism and Sikhism are treated as indigenous religions with a different threshold of tolerance and acceptance. The VHP, for instance, treats Buddhism, Jainism and Sikhism as parts of the greater Hindu fraternity, being faiths of Indian origin. This is indeed an interesting debate, which is now seeing its physical manifestation in a society that claims to have secular credentials. Buddhism sprang from India and has spread to nooks and corners of the Far East and China. However, it lost ground in its home country and like Jainism, is mostly confined to monasteries in India. Similarly, Sikhism is now mainly confined to Punjab alone.

The Bajrang Dal and the VHP draw support and sustenance from their mother organisation, the RSS, which trains its cadres through a strict regime of disciplines. It is an ideology-based organisation, which was founded some nine decades ago and has moved into the areas of charity and education in a big way. It has a very close nexus with India’s politics. During the Indian general elections, the RSS cadres, for instance, were closely involved with the selection process of BJP candidates. This had been on account of a historical connect between both organisations. During the Rath Yatra, for instance, the Rath traversed through many states before reaching Ayodhya, which resulted in the demolition of the Babri Mosque and triggered bloody communal riots. Organisational matters of the Rath in Gujarat were closely supervised by Narendra Modi himself.

The history of the spread of Islam in India makes for an interesting study. The impression is that it was on account of conquest and an element of coercion that the faith spread in India. Conquest did set the stage for a realisation regarding the discriminatory caste-ridden social order prevalent in India, which helped clusters of the indigenous population to gravitate towards the new faith. In the case of Christianity, it spread on account of economic opportunities and better educational prospects as missionary institutions took the lead in these areas. In the case of Islam, the role of sufis and dargahs cannot be glossed over whose message had a far deeper appeal than the singular phenomenon of conquest and takeover. The great Muslim saint, Hazrat Bahauddin Zakaria of Multan, for instance, preached the new faith for years under the shadows of the Prahladpuri Hindu temple. There are umpteen such examples. Muslim rulers, barring some exceptions, were benign in their religious dispensation and by and large secular in their outlook. They not only brought in new ideas and practices to Indian society but also imbibed the richness of the indigenous mosaic.

The Indian Constitution guarantees freedom of religion and its propagation. But mass conversions in the glare of the media cast a doubt on their voluntary nature. The prior announcements of venues and the numbers expected to convert give the clear impression that the element of voluntary acceptance to convert is missing.

While Narendra Modi may be pushing for development and greater connectivity with the world, he is also depending on the street and cerebral powers of fundamentalist outfits for more political space. These outfits pose a palpable threat to Indian inclusiveness. Much depends on how Modi grapples with such controversial and orchestrated moves. There are voices that are eulogising Nathuram Godse, Mahatam Gandhi’s assassin, and are seeing the Indian population through the lens of “Ramzadas” and “Haramzadas” as put by a BJP politician recently. Lukewarm disapprovals of such acts are no substitutes for outright condemnations and disassociations from them.

Bridging the gulf of distrust