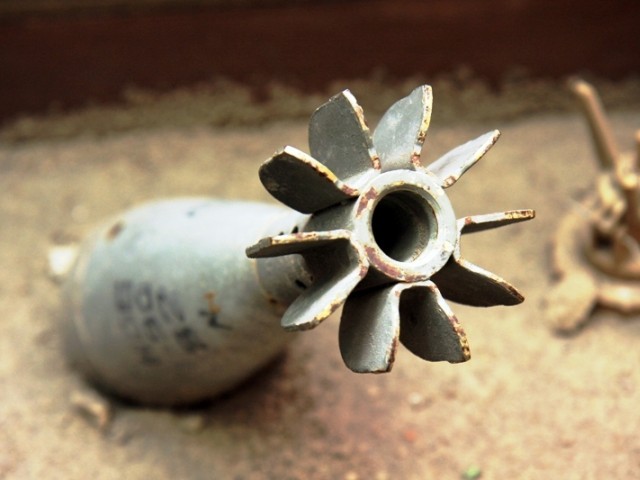 “At least 42 mortar shells fired from Iranian side had landed and exploded in the bordering area in Pakistan’s Zamuran where transporters were present,” the official said. STOCK IMAGE

At least four Pakistani citizens sustained minor injuries and two pickup cars were partially damaged in the explosions which took place at the Jalgi area of Buleda tehsil, an official of Turbat Levies told The Express Tribune.

The attack was carried out soon after three Iranian elite Revolutionary Guards Corps (IRGC), sent to reinforce border police, were killed in an attack in the southeast of Iran near Pakistan, according to Iranian media reports.

Armed “bandits” killed the IRGC members on Sunday near the city Saravan in the Sistan-Balochistan region, according to a Revolutionary Guard (RG) statement, carried by Fars news agency.

“At least 42 mortar shells fired from Iranian side had landed and exploded in the bordering area in Pakistan’s Zamuran where transporters were present,” the official said.

The back-to-back explosions caused panic and fear in the area.

Medics at the Turbat Civil hospital, however, said that the injured victim were so far not brought to the hospital.

Official sources in Pakistan confirmed the attack on Iranian border guards and termed the mortar shelling as retaliatory action to the attackers, who had tried to flee this side of the border.

Security forces and Balochistan Levies officials reached the site after the attack and collected evidence.

Security along the Pak-Iran border has been beefed up after the incident.