Hanging in the balance: Repatriation of Afghan refugees a moot point

Hanging in the balance: Repatriation of Afghan refugees a moot point 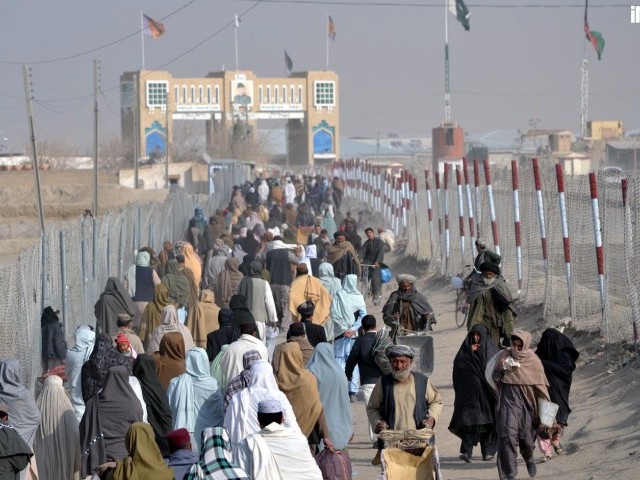 The provincial government has yet to comply with the orders of Peshawar High Court (PHC) to repatriate around 1.7 million Afghan refugees. Had this order been followed in a timely manner, the situation in the province would not have spiraled out of control and complications in the repatriation of refugees could have been avoided.

The attack on Army Public School (APS) which claimed 150 lives has rekindled interest in the permission granted to Afghan refugees to stay in the province. The presence of Afghan refugees has become a major challenge for the provincial government, especially after the federal government decided to extend their stay in the country till December 2015.

During a news conference this week, PTI Chairman Imran Khan said although 500 visas are issued to Afghans, between 15,000 and 20,000 Afghans are entering Pakistan every day.

The presence of Afghan refugees has remained a moot point for a long time now. The provincial government has accused illegal Afghan refugees in the province of being involved in various crimes including murder, kidnapping and extortion.

On June 20, 2012, the then PHC Chief Justice Dost Muhammad Khan directed the federal and K-P governments to repatriate 1.7 million registered Afghan refugees with immediate effect. He claimed Pakistan was not in a position to host them in view of the energy, water and food crises which has gripped the country.

During the hearing, the former chief justice also observed that under the UN charter, Pakistan is not bound to shelter refugees beyond 30 years. He insisted that stability had more or less been restored in Afghanistan and 70% Afghans had returned to the country.

Justice Khan added 1.7 million Afghan refugees in the province have become a huge burden on the local population as Pakistan is facing a severe food and electricity crisis along with a precarious law and order situation.

The former chief justice had taken suo motu notice while hearing a petition filed by Javed Shah, an employee of Commissionerate for Afghan Refugees.

On October 30, 2013, the then chief justice dismissed a petition seeking a legislation governing Afghan refugees. He maintained that no such law could be approved as the court had already asked the federal and provincial governments to repatriate the refugees within six months. However, he told the counsel for the petitioner to file a new contempt of court petition if he had any grievances against the order.

Meanwhile, the legal community views the government’s reluctance to comply with the court’s orders as a missed opportunity.

“We had a chance to follow the orders of the court and send Afghan refugees back to the country,” a PHC lawyer told The Express Tribune. “Police reports suggest many Afghan refugees in the province are involved in heinous crimes. They need to be sent back.”

The United Nations High Commission for Refugees website says that there are currently 986,388 refugees residing in K-P while 14,911 are registered in Fata.

However, since the federal government has given them an extension, a large number of them are probably here to stay.