What’s next after Peshawar?

What’s next after Peshawar? 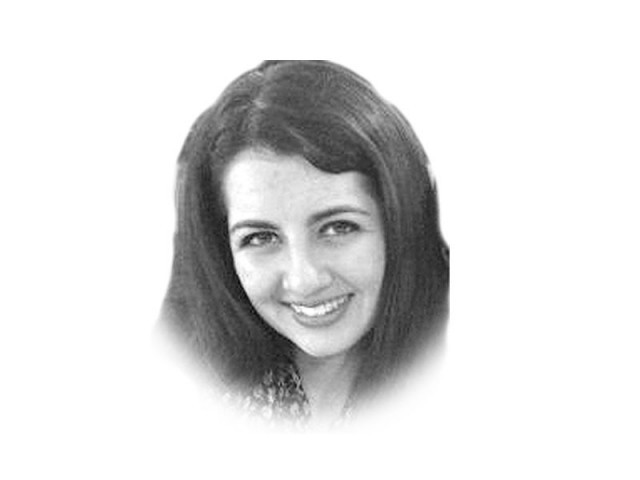 The writer is currently pursuing a Master’s degree in Communication Practice at Columbia University. She tweets @anamk10

The country has been plunged into darkness, both physically and symbolically. We’ve been waking up to grey haze and cold temperatures. It feels like the skies are mourning with us by engulfing various cities in thick layers of bleak fog. I landed in Lahore two days after the devastating attack on the army-run school in Peshawar. The thought of one dead child is difficult enough to bear, but 132? The barbaric manner in which this rampage was carried out has intensified our collective state of grief and shock. I saw another PAF school while driving home from the airport and noticed that the children were wearing dark green sweaters with white-collared shirts, similar to the uniforms that the children in Peshawar’s Army Public School wore. They were waiting outside the main gate with their backpacks, talking, laughing and just being young. My mind kept reflecting on the children in Peshawar who did not make it to the end of their school day. I forced myself to stop thinking and looked the other way. My eyes fell on the deserted streets of a city that is usually bustling during the mid-afternoon. Lahore was unusually quiet, and I can understand why.

The fact that these men came after our children as an act of vengeance is incomprehensible. We are all eager to do our part. Protests and vigils send a powerful message to the militants who orchestrated this horrific attack. People are storming the streets fearlessly screaming for justice. They are valiantly trying to carry the weight of Pakistan’s afflictions on their shoulders. People are demanding change, but has the government delivered so far?

As of December 22, Pakistan reportedly plans to execute around 500 militants in the coming weeks. The prime minister lifted the moratorium on the death penalty. At first glance, it may appear as if necessary action is being taken against the Taliban. However, this could also be a ploy to mitigate our seething anger for the time being. The staggering ‘500’ number is meant to appease us, but who exactly are these people being tied to the noose? There is the danger of a wide range of individuals being broadly convicted under terrorism legislation even though their crimes are ill-defined. A man called Shafqat Hussain is scheduled to be executed on charges of kidnapping and murder even though he was just 14 at the time he was sentenced. He has since retracted the confession he made after nine days of alleged police torture.

On the other hand, it was recently announced that Malik Ishaq would be set free after an anti-terrorism court acquitted him in May 2014. Ishaq heads the Lashkar-e-Jhangvi, a terrorist organisation accused of spearheading sectarian attacks. The group continues to operate openly.

I desperately hope that the people, the government and the army finally unite on one common cause — dispelling the root cause and impact of terrorism in our country. This ‘500’ number circulating all over the news is only going to provide a short-term solution to a glaring problem. The origin of the extremist ideology itself needs to be repressed. To all the Taliban apologists out there, do you still think that your misguided brethren are merely retaliating against unwarranted international pressure? How can you reason with people who do not have a shred of humanity pulsating through their veins?