A list of notabl­e initia­tives by Pakist­anis that will warm your heart
By Talha Khan
Published: December 31, 2014
Tweet Email 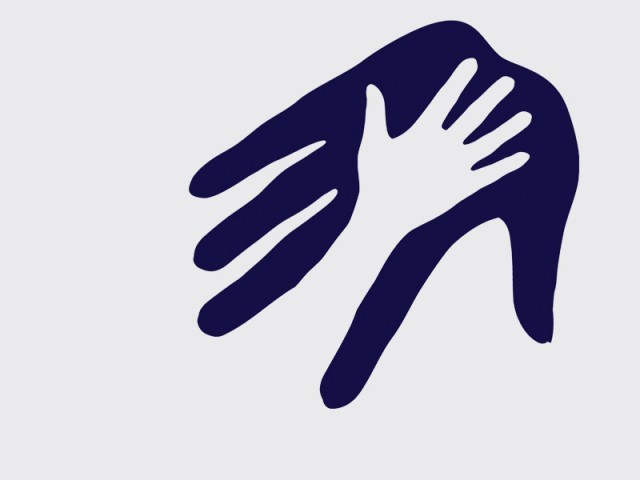 Amidst all the chaos and heartbreak that has unfortunately befallen our country, there are some inspiring individuals who are working to make Pakistan a better place, one step at a time. Check out our list of some positive Pakistanis whose work will restore your faith in humanity. Pakistan is considered as one of the philanthropic nations in the world. This statement is brought to life by people like 54-year-old Parveen Saeed. a chef and owner behind Khana Ghar, a new kind of soup kitchen which offers locals subsidised meals for just Rs3 a day.

Established in 2002, Khana Ghar is located in Khuda Ki Basti in Karachi and provides two meals — lunch and dinner — to over 2,000 people per day. It began from Saeed’s own home and now works from a dhaaba where locals can purchase lentils and vegetables on weekdays and meat on Sundays. Much of its clientele comes from the factories nearby, including labourers, widows, orphans, the elderly and women and children who work as domestic help for the affluent.

However, Khana Ghar is not the only venture Saeed supports. She also provides assistance to people who cannot afford school books, uniforms and cloth for funeral shrouds. She also helps out brides-to-be and their parents with wedding expenses and lends Rs500 to women who wish to set up small stalls and earn money. Saeed also arranges finances to help local men purchase carts, fruits and weighing scales to set up their own small businesses.

Ayesha Chundrigar — Standing up for the voiceless This enterprising youngster is the founder of the Ayesha Chundrigar Foundation (AFC) which provides shelter and healthcare to animal across Pakistan. The AFC was established as a non-government organisation with the help of Dr Khalid Hussain Memon back in 2013. AFC members are alerted via Facebook messages about animals that have been injured on the streets. The animals are then picked up and taken to the AFC premises and offered food, shelter and medical assistance. Keeping in mind that some of the animals that are brought in serve as the main source of likelihood for their owners, the AFC provides food and medical advice to the latter as well. The foundation operates on limited resources (receiving donations of Rs500 to Rs100,000) and a handful of volunteers, from a plot in Karachi where stray animals are brought in. Even though the premises is yet to get electricity, Chundrigar’s passion for animals keeps her going and she hopes to acquire not just power but an ambulance and proper medical equipment in the near future. You might know of Mussarat Misbah as the owner of the successful salon chain, Depilex, but did you know she also runs the Depilex Smile Again Foundation (DSF)? Located in Lahore, DSF is a ray of hope for the hundreds of Pakistani women who fall prey to acid attacks at the hands of their families. The foundation was a brainchild of Misbah’s, who established it back in 2005 to rehabilitate the acid survivors. Through donations, DSF provides these women not just with medical assistance but also the opportunity to earn and be independent: they are housed on the DSF premises, given vocational training and then placed in jobs around the city to help them take charge of their lives. The year 2014 is indeed ending on a tragic note for the children of Pakistan but that hasn’t deterred journalist Halima Mansoor, who works at The Express Tribune, from conducting her annual Christmas drives. Every December, Mansoor calls for donations via social media and collects funds and toys to distribute to underprivileged children as goodie bags. Last year, Mansoor managed to reach over 700 children in Karachi and 200 in Peshawar, with each goodie bag containing a toy, a workbook, colour pencils, stationery, juice, biscuits and other knickknacks. If you want to help Halima follow the link below
facebook.com/xmastoydrive. Set up in 1999, The Garage School (TGS) was established by Shabina Mustafa to grant free education to underprivileged children. The idea came to Mustafa when the daughter of her housekeeper was refused admission into a school that taught girls sewing, due to her inability to read or write. Mustafa then volunteered to teach the little girl herself, in her own garage.

From there on, word spread and more and more women from the housekeeper’s neighbourhood began sending their children to Mustafa. Now, 15 years after its inception, TGS provides no-cost education to over 250 children with the help of paid teachers, volunteers and funding from family and friends. It operates in Karachi, from two branches, one located in Clifton and the other in Neelum Colony.