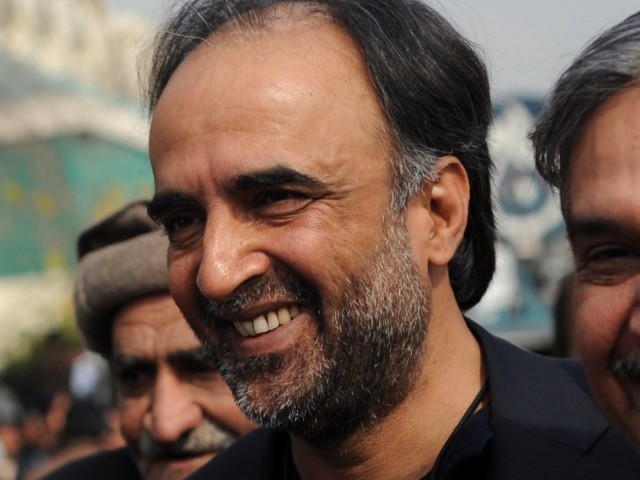 “The idea of speedy trial courts and madrassa reform committee has been floated by the NAPC. We stand by military action against militants,” says Pakistan People’s Party leader Qamar Zaman Kaira. PHOTO: AFP

The National Action Plan Committee (NAPC) – formed in the wake of a deadly attack on a Peshawar school –on Tuesday left it to political parties to decide whether or not military courts are established for the speedy trial of terrorists and how madrassas should be reformed.

The committee, however, agreed that a rapid response force should be established to address the menace of terrorism across the country.

After nine-hour long deliberations the NAPC adopted the majority of recommendations of anti-terror experts, who had proposed an action plan based on 17 recommendations.

“Military or special courts and madrassas’ reforms remained the sticking point in the NAPC meeting. It is now up to the leadership of all political parties to decide whether they want to establish military courts for the speedy trial of terrorism related cases or not,” a member of the committee told The Express Tribune.

The NAPC is presenting its recommendations to Prime Minister Nawaz Sharif, who will take up these recommendations in all parties’ conference on Wednesday (today), committee member Qamar Zaman Kaira told media after the meeting.

“The idea of speedy trial courts and madrassa reform committee has been floated by the NAPC. We stand by military action against militants,” he said.

Another insider said all members of the committee agreed that an amendment should be made in the Constitution to resolve the issue of forming special courts or military courts.

“However, Awami National Party, Pakistan Tehreek-e-Insaf and Pakistan Peoples Party said their leadership will give their final take on this issue in the all parties conference today,” another member of the committee said.

At the same time, the NAPC recommended that all madrassas be registered by the government, another member of the committee revealed.

“The committee also deliberated on the audit of the sources of madrassa funding. It was also suggested by some members that madrassas should work under the ministry of education of all provinces and their literature should be also monitored by the same ministry,” he said.

The committee also recommended forming a counter-terrorism council to be headed by prime minister. It also agreed that National Counter Terrorism Authority (Nacta) should be made an effective body and the premier, according to its Nacta Act 2013, chair its board of governors meetings. Under the proposed plan, Nacta will also prepare a list of most wanted persons involved in terrorism, he added.

Representatives of all political parties also agreed to this point that printers and publishers, who are publishing materials promoting hate and extremism, should be tried under schedule four of 1997 Act, the insider further revealed.

Commenting on the issue of military courts, Barrister Aitzaz Ahsan said such courts could not be established under the existing laws mentioned in the 1973 Constitution. “Military courts can only try military men; however, civilians, if they commit crime directly linked to military affairs, can be court-martialed under section 2 (1-d) of Pakistan Army Act, 1952,” he said.

Jurist Ahmer Bilal Soofi, however, observed that if the government feels that the existing option of anti-terrorism courts are not fulfilling the object of restoring public order then it has the option to form special courts or even military courts.

“This should be taken as an executive action during war which should not be challenged by other organs of the state including the judiciary because in war like situation we need to trust judgment of executive branch of the government,” he added.