Service delivery: ‘The damage is always greater in south Punjab’

Service delivery: ‘The damage is always greater in south Punjab’ 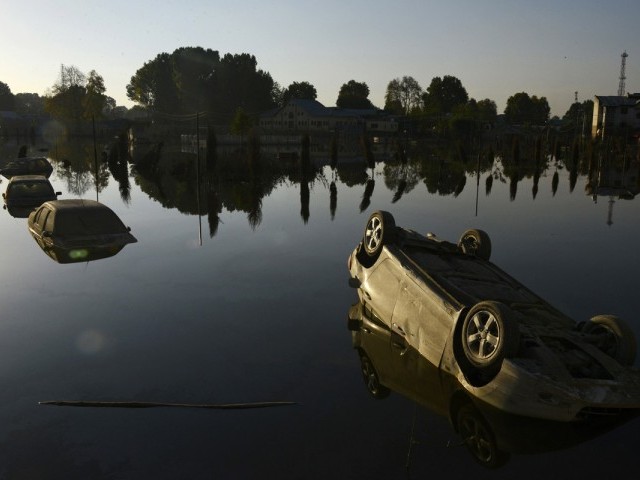 MPA Iftikhar said the grievances of women in flood-hit areas should be addressed on priority basis. She promised the speakers and that she would raise the issue at all government forums. PHOTO: AFP

“More than 90 per cent of the people in Jhang who had incurred losses in the monsoon floods this year have received handsome compensation…the credit for this goes to the district administration and local parliamentarians who led the emergency response initiatives,” Saad Rasool of Chenab Forum Jhang told participants at a consultative meeting on Tuesday.

The consultation, Findings of Floods 2014 Emergency Response, was organised by the Indus Consortium and Oxfam. Civil society members from Multan, Muzaffargarh, Jhang and Rahim Yar Khan spoke at the consultation.

Rasool said the process of providing compensation to flood victims in Jhang district had gone swimmingly. “From issuing early warnings, to providing compensation…there was no hitch in the system.” He said damage assessment teams comprising of public school teachers had done a remarkable job.

However, Rasool’s account of flood victims’ experience was not shared by all the representatives of NGOs and civil society organisations working with flood victims in south Punjab districts.

Saima Bibi of the Citizen’s Action Forum, Multan, said several people who weren’t residents of her village received compensation that should have gone to residents of the village who had incurred massive losses. “Government officials told us that our names were on the list but they did not make the list public at that time. When they finally did, our names were not on it and we couldn’t do anything about it,” Saima said.

The compensation should have extended to farmers whose crops had been destroyed by the river, Qaswar Abbas, chairman of Rangpur Kissan Sociey Muzaffargarh, said. He said 672 farmers in Muzaffargarh tehsil were unable to get crop compensation because the assessment teams had entered their identification numbers incorrectly. “Many widows and women heading households were not added to the list. The survey teams mostly comprised men who either intentionally or unintentionally ignored the women affected by the flood,” Abbas said. Jamshed Fareed of Help Foundation said several farmers from districts in south Punjab had been unable to sow Rabi (spring) crops because they had not received compensation or seed on time. “The farmers had, at that time, asked the government to compensate for their loss of crops and provide seeds and other material to sow Rabi crops in November… many farmers are still waiting,” Jamshed said.

Muhammad Akram, a flood victim from Rahim Yar Khan district, told participants of the meeting that even though Rahim Yar Khan had been among districts most affected by the floods, the government had not added its residents to the compensation scheme. “We feel that Rahim Yar Khan was excluded for political reasons,” Akram alleged.

MPAs Ramesh Singh Arora and Saira Iftikhar were at the meeting. No representative of the Provincial Disaster Management Authority (PDMA) attended though they were invited.

Arora told the flood victims and civil society members that he would take up the issues, especially that of the exclusion of Rahim Yar Khan, with the relevant minister and, if need be, the chief minister.

“We need to figure out why the losses are always greater in south Punjab compared to central Punjab,” he said. “Perhaps it is because we don’t take timely decisions.”

He said the government and civil society needed to work on this at every step, from the decision making process to implementation of policies. “They should work in tandem in order to minimise the losses.”

MPA Iftikhar said the grievances of women in flood-hit areas should be addressed on priority basis. She promised the speakers and that she would raise the issue at all government forums.

Javed Iqbal, of Doaba Foundation, said the government should plan for the future in the light of lessons learnt this year. “The way forward in this is better data management. The recovery plan and allocation of funds should also be made public in order to enhance efficiency and make the process transparent,” Javed said.