Gilgit on red alert ahead of Muharram

Gilgit on red alert ahead of Muharram 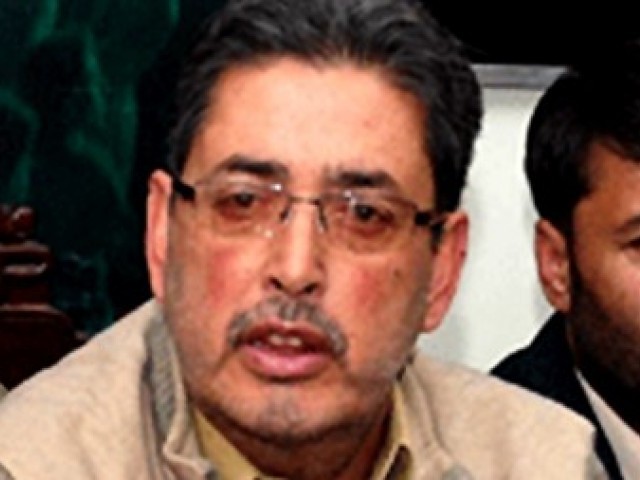 “A comprehensive security plan for Muharram has been discussed in a meeting that was chaired by the chief minister so that maintenance of law and order in Gilgit could be ensured,” said an official of the district administration.

The official added that it was also decided that inter-faith events would be arranged for both sects to forge unity. He said that the Jirga committee would also be reactivated as an alternative to ensure peace.

“Gilgit has been divided into zones and each zone has been placed under a senior police officer,” another official requesting anonymity said. He said that the plan has been approved by the chief minister in the meeting that was also attended by chief secretary, all the DCs, IGP and other important officials.

In addition to the police, squads of Pakistan Rangers and Gilgit Scouts will also be available to assist the government in maintaining order in Gilgit that got tense after a senior PML-N leader was injured by unidentified people on Monday.

At least four people have been arrested by law enforcing agencies in connection with the shooting incident that triggered fears of a revival of sectarian violence that has already wrecked the region in the past. Shah asked authorities to continue the search operation until the real culprits are nabbed.

“Mosques and Imambargahs have been given top priority in the plan for foolproof security,” officials said, adding that law enforcing forces will be on red alert. Security of the Army Eid Gah will be ensured by the army itself.

Sources said that seeking help from volunteers during Muharram is also one of the options the government is considering to ensure a peaceful atmosphere.

A senior police official said that the main routes of Gilgit-Baltistan will be supervised as part of the security plan. “Documents of all those entering the Gilgit-Baltistan territory will be thoroughly checked and anybody found suspicious will be investigated,” he said.

The main routes being supervised are Karakoram Highway and Gilgit-Chitral road that links district Ghizer with Chitral via Chitral.