I could be next

I could be next 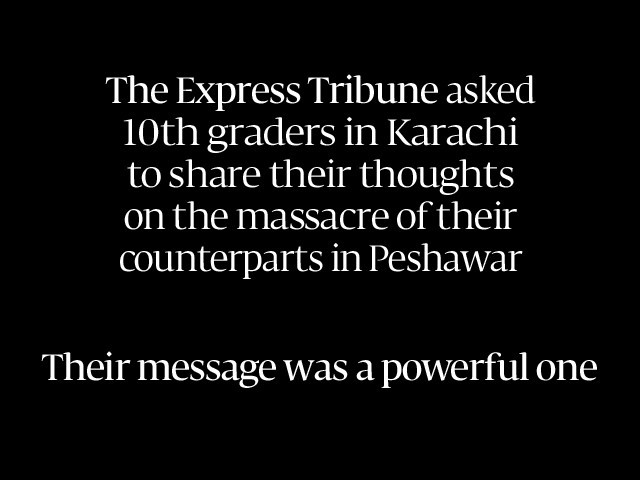 KARACHI: On December 16, militants stormed into a school in Peshawar, killing 148 people in cold blood.

The Tehreek-e-Taliban Pakistan (TTP) was quick to claim responsibility for what is possibly the most gruesome attack in the history of the country.

There were no hostages, no ransom and no demand for negotiations. Militants went from classroom to classroom, spraying bullets indiscriminately. Worse, they taunted children in one English class, lining up eight of them and shooting them in front of their class fellows; in another they set alight their teacher on fire. Students were asked to recite the kalma before their final breath, while some played dead to survive the second round of fire.

Students who survived recount how their day started ordinarily – English class and career counseling in the auditorium – and ended in a bloodbath; the main hall littered with bullets, blood and bodies.