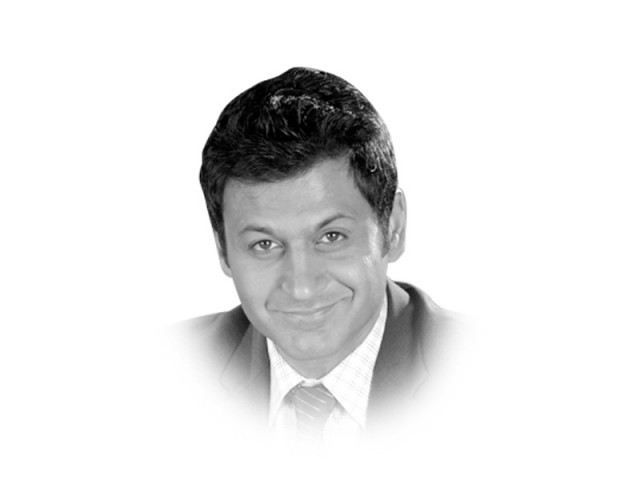 There is no language on this planet — and perhaps beyond — that can put into words the apocalyptic tragedy of the Peshawar school attack. There is no deeper grief, no greater shock, no bigger trauma than this. And there can be no greater loathing, no greater revulsion, and absolutely no greater hunger for vengeance than what unfolded in that school on 16.12.14.

Is this then the defining moment? And is the moment finally upon us? Is this the point where nations take a definitive turn; where they shed all confusion, hesitation, ambiguity and discover the clarity of their calling? Is this the time — the shock — that will bury our doubts forever?

Some brutal questions will now need to be asked. For a nation desensitised to violence and torn asunder by doubt, can the inhuman massacre of 130 children be a wake-up call? And if not, do we then deserve to call ourselves a nation? Apologists for the terrorists float around us like a bad odour. They sow in our minds poisonous seeds of doubt and confusion. They legitimise everything that is illegitimate.  And by doing so, they weaken our resolve, dampen our fury, fracture our unity.

But after 16.12.14? Even now? Can someone on this God’s earth justify the absolute, inhuman brutality in Peshawar? And if someone does — which they will — what should be their fate beyond shaming? Anyone who can find justifications for the massacre of children has to be either sick in the mind, or dehumanised beyond redemption. Yet, such people exist, and they must be dealt with by us in a manner befitting their sickness.

But the real sickness lies somewhere else. It is the deadly virus that resides in dark and dingy power corridors, breeding surreptitiously on expediency with a generous sprinkling of cowardice. It is a sickness that gnaws away the power-wielder’s spine, and bites off its grit. It is a vile, terrible and evil sickness that amputates the government’s courage, and shreds away its resolve.

This sickness has strengthened the terror monster, and brought the nation to its knees. If any sickness needs a cure, it is this one.

For three and a half decades our governments have been busy creating monsters that are now eating our children. Now all the APCs in the world cannot slay them, and all the operations in the world cannot annihilate them. If the barbaric slaughter in Peshawar is indeed the final terrible shock that we needed to get into action, then this action cannot just be confined to pulling triggers. For the final battle, we will have to look deep inside ourselves, and recognise the monster in the mirror.

Hatred, bigotry, intolerance and orchestrated blindness have seeped so deep within our fabric that uprooting them will take more than an operation here and an announcement there. You want to recognise the problem? Just look at the faces gathered at the Governor’s House in Peshawar on Wednesday. Many of them sitting around the Prime Minister are the problem. These are the people who wield power, authority and influence. They are the ones who inject this influence into policy. They have been in an out of power for decades, and have had their fingers deep into statecraft. Yes, the same statecraft that has sanctified Frankenstein’s monsters who decapitate men, women and children. These men sitting around in the Governor’s House exude duplicity. They are masters of mouthing nothings and doing even less. They indulge in this crime because that’s what keeps them in business. And even today, even after the unimaginable in Peshawar, these men will utter polite nothings . Even today they will spew forth big words that will evaporate in the grief-laden air of Peshawar.

The moment for decisive action is upon us. The nation is ready. Emotions are sky high. Grief unites. So does rage. The state and the government are supposed to reflect the will of the people. There’s not much we as Pakistanis agree on. But here today, after what they did to our beautiful children, we all agree on one thing:

Yes kill ‘em hard and hang ‘em high. But beyond this lies the harder part of vengeance: cleansing this poisonous influence from society. Cut their funding, reform the madrassahs, review the entire curriculum in every province, legislate against hate speech, wash away the filth from the constitution, stop using proxies for foreign adventures, ruthlessly crush all militant groups within the country, severe all political ties with extremists and their ideological cousins, ban and then enforce the ban on all hate literature. That’s a start.

There was a time for building consensus and doing nothing in the absence of this consensus. That time is long past. This country has to barrel ahead and bury militancy forever. Whoever jumps aboard this agenda is welcome, but those who do not must be pushed aside. If the government of the day cannot muster the courage for this, then it has absolutely no right to stay in power. We are looking at an existential challenge, and any leader who refuses to recognise this challenge for what it is must step aside, or be pushed aside.

The massacre in Peshawar shall not be forgotten. It shall not be forgiven. Now you are either with us or with the terrorists. The time for sitting on the fence is over. If the gathering of political leaders in Peshawar cannot sense this anger and resolve of the nation; if they cannot feel the deep wound inflicted on us on Tuesday; and if they cannot recognise the enormity of this moment, then they will pay dearly for their ignorance.

No more press releases and sanitised statements, no more meaningless promises and hollow commitments, no more craven behavior and cowardly demeanour – no more hypocrisy. We cannot live down the ghastliness of the crime committed.

The monster in the mirror is staring back at us, daring us to slay it.