Apple Pay: Put all your cards on the table

Apple Pay: Put all your cards on the table 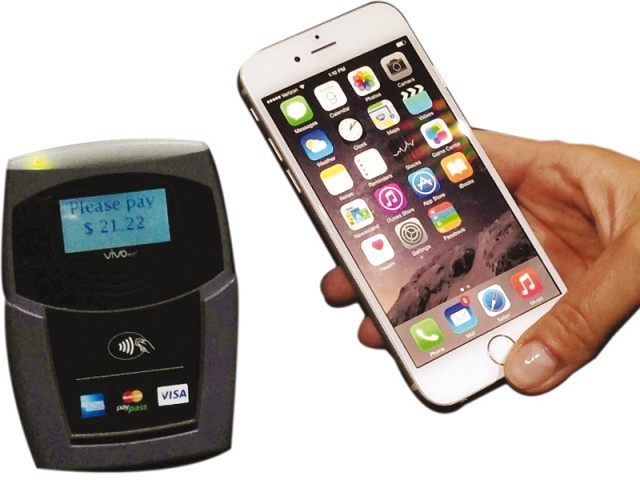 Apple Pay allows your smartphone to handle all credit and debit card payments.

Just as the multi-functionality of smartphones has eliminated the need for many gadgets such as cameras, wristwatches, compasses etcetera, it has also created a market for many new ones. Apple Pay by technology giant Apple Inc., which allows your smartphone to act as a one-stop device for all credit and debit card payments, is the latest addition to the list of such endeavours.

Apple Pay is available for use on iPhone 6 variants as well as some iPads while iPhone5 users can also use it through the Apple Watch. “Our vision is to replace this, and we are going to start by focusing on payments,” said Apple CEO Tim Cook to a cheering crowd while standing in front of an image of a fat wallet full of cash and credit cards. Cook believes that Apple Pay will replace what he calls an “antiquated process”.

Apple Pay certainly feels like a modern and simple system. Setting up your Apple device with your financial information is easy, while paying is even easier. After you hold your device next to the ‘point of sale’ system store during a sale, you simply authenticate the transaction by pressing your finger on the phone’s Touch ID sensor. All communication between the Apple device and the point of sale system takes place through Apple’s near field communication antenna and is protected by a chip which encrypts financial information. One of the seven men behind the patent of this impressive technology is Ahmer Ali Khan, a Pakistani from Rawalpindi currently based in Silicon Valley.

At the moment, Apple Pay has partnered with American Express, Visa and Mastercard, and debuted in over 200,000 stores in the United States. As expected, Cook promises that Apple Pay will also be launched in international markets.

Electronic commerce services such as digital wallets and mobile payments are not new ideas. In fact, several companies such as Google and PayPal have beaten Apple to the mobile payment flag. These services, however, haven’t quite caught the public’s imagination so far, and Cook believes that Apple’s technology has the potential to revolutionise electronic commerce where others have failed by focusing on the consumer. “Most people who have worked on this [mobile payment] have started by focusing on creating a business model that was centred on their self-interests instead of the user-experience,” he said.

While Apple has spearheaded a legacy of successes by focusing on user experience, it seems that the company may have been a little too single-minded in its focus on the consumer. By adopting a ‘no data collection policy’, Apple Pay may ease privacy concerns but lead to a loss of marketing advantages for retailers who have restricted access to data that would be available if the payment was made using traditional means. Considering that retailers aren’t gaining any financial advantages in implementing Apple Pay, this loss of data will make it more challenging for the service to find a widespread market.

Noman Ansari is a freelance writer and regular contributor to The Express Tribune magazine.  He tweets @Pugnate