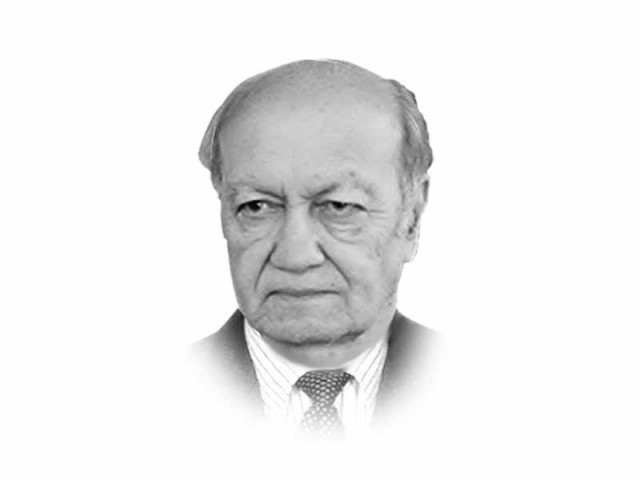 The November 30 public meeting of the PTI, as expected, was an impressive reaffirmation of Imran Khan’s popularity amongst a substantial cross section of Pakistan. The contents of the major part of Imran’s speech were repetitive and somewhat jarring, but his emphasis on clean governance and accountability and disgust for crony capitalism does resonate and touch the right chords. But his call for a series of shut-down strikes at major urban centres, as well as a nationwide strike, gives an impression that he plans to paralyse the government with the aim of eventually ousting it. This strategy, if adopted, will have serious consequences and would be a highly disproportionate response to the alleged electoral fraud. Moreover, Imran’s threat that if ‘plan C’ fails to bring the government on its knees, he will exercise ‘plan D’, which according to him would be a horrible option, seemed preposterous. Fortunately, subsequent statements by Imran and Shah Mehmood Qureshi reflect a toning down of their hard position.

Imran’s contribution in bringing about awareness of the menace of corruption, dynastic and patronage politics and shaking the government from its slumber are unmistakable achievements and duly recognised. The main problem is, however, his self-righteousness and unbridled ambition to become the prime minister that could undo the gains and eventually be his Achilles’ heel. Imran, having walked away from parliament, finds himself in a frustrating position from where he should try to extricate himself. Pakistan is a fragile democracy and all political parties have a responsibility and a stake in strengthening it. The PTI’s decision to quit parliament and mobilise street power neither serves the country nor the party’s interest. He should continue the struggle for seeking recount of votes while remaining within the system and to expedite the investigation, he could also hold public meetings and protest rallies. His conviction that he has always triumphed under trying circumstances, whether it was during the World Cup or while establishing the Shaukat Khanum Memorial Hospital is praiseworthy and a reflection of his positive attributes as a leader. However, the dynamics and interplay of forces in national politics demand additional qualities of accommodation, flexibility and patience. There is an absence of ideological clarity too as, on the one hand, he claims his party to be the vanguard of a new Pakistan and, on the other, associates himself with politicians who are known to be term servers. Many of Imran’s promises in public addresses could raise very high expectations that betray an impression of a leader who is not well versed in matters relating to economy.

Prime Minister Nawaz Sharif also cannot continue to vacillate on the question of the PTI’s demand of establishing a judicial commission to investigate allegations of fraud in the 2013 elections.

The problems of Pakistan are herculean and are not a one-time affair that can be resolved in a month or a year. The people need a leader who can, through compassion, heal wounds and work relentlessly towards solving problems with rigorous intellectual insight. There is already too much polarisation in our society and we need consensus on every issue, be it militancy, economy or the sectarian and ethnic divide.

In the modern day, a country’s future is closely aligned to the organisational ability and performance of its political parties because the strengths and weaknesses of democratic institutions have a direct bearing on governance, building of people’s power and state consolidation. If Pakistan is to recover from its present malaise and find a respectable place in the international community, then a major overhaul of most political parties is long overdue. This is also critical because once again, we hear voices being raised that Pakistan is not fit for democracy and it has to be propped up by the military. First, dynastic politics has to give in to merit. People just do not have the time or patience to tolerate the propping up of leaders on the basis of genealogy. Besides, an incompetent and compromised leadership cannot address the magnitude of challenges facing the country. If the current leadership of the PPP and the PML-N is interested in serving the nation, then it has to accept this transformation.

Nawaz Sharif will vastly improve the performance of the government if he would draw talent from a broader cross section of his party. In this way, he will get more value-added advice and retain the loyalty of party members. One clearly gets the impression that several MNAs of the PML-N feel marginalised and despondent. One does accept that there are exceptions among family members, too, who in their own right deserve a place, like Shahbaz Sharif, who is clearly the hardest working and most efficient amongst the chief ministers, and Finance Minister Ishaq Dar, who besides being very industrious under very trying conditions has contributed towards stabilising the economy and setting it on the right course. There could be other exceptions, but efficiency and individual political strength should be the basis of including people in the power structure.

At the same time, it is important that cabinet ministers exercise propriety while making statements. One was taken by surprise when a seasoned and senior politician like Khawaja Asif, who holds the additional portfolio of defence, made scathing remarks about US foreign and defence policies, while the prime minister was in Nepal attending the Saarc summit and the army chief on an official visit to the US. He, however, took cover by lacing his remarks by saying that these were his personal views. The question is, can a cabinet minister express his personal views at a public forum? Propriety, diplomatic niceties and practices do not give a licence to any cabinet minister to voice personal views because these would always be considered as official, although foreign governments may be charitable knowing that politicians of developing countries can transgress by making controversial political statements.