The story of Shama and Shahzad

The story of Shama and Shahzad

Will there be any solace for the couple’s childr­en who saw them go throug­h hell on earth?
By Mehr Tarar
Published: November 14, 2014
Tweet Email 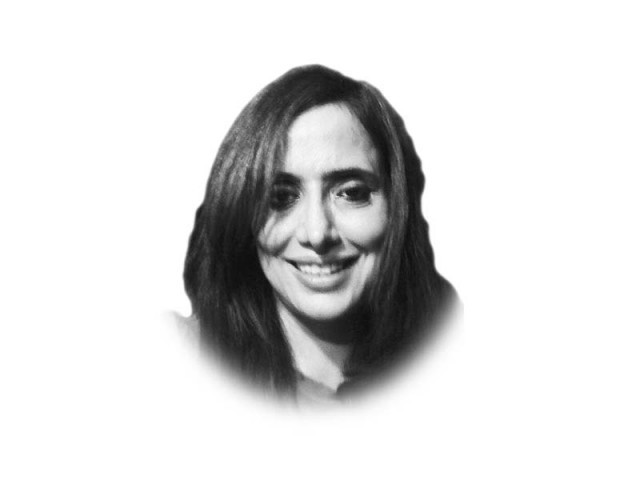 The writer is a former op-ed editor of The Daily Times and a freelance columnist. She can be reached on twitter at @MehrTarar

Crouched inside a small, sparsely furnished, poorly-lit room, voices could be heard from outside, voices that had distorted into a snarling, indecipherable noise that grew by the moment. Their fates were sealed, and no wall — leave alone the mostly mud wall of the room, their sanctuary against the roar of the mob outside — would keep them shielded for long. As the roof splintered after constant blows, they were dragged outside by more hands than they could count. And abused, shouted at by so many that it all became one screeching, deafening commotion. Their bodies, malnourished, abused by years of labour, were dragged so mercilessly that it was a miracle their limbs did not come apart. Their pleas, their wails, were all in vain. The verdict of doom had been declared.

The venue: Chak 59, Kot Radha Kishan, District Kasur, Punjab, Pakistan. The spectacle: a mob of thousands against a Christian couple. The charge: alleged desecration of the Holy Quran. The investigation-trial-sentencing: all by the mob, from the mob, for the mob.

Shama, 24, and Shahzad Masih, 26, were brutalised by a frenzied crowd who, after tearing their clothes, breaking their bones, dragging them across the village, threw them in the burning furnace of the brick kiln where the latter worked. Shama, a mother of three, was four months pregnant. Shama, eyewitnesses say, was wearing clothes that did not burn easily, so her clothes were torn off her, and she was wrapped into cotton: cotton burns easily. And she had to be burnt. The mob had decided.

Their six-year-old son told the media about the hell that no child, no grown-up, is meant to witness. That many, many people beat up his amma, abba. That his amma, abba were tied behind a tractor and dragged through the village before they were burnt.

The Bonded Labour System (Abolition) Act, 1992 of Pakistan be damned, Shahzad, like the estimated 4.5 million indentured labourers (as per the Bonded Labour Liberation Front Pakistan), had his time, blood, family, and even life tethered to the brick kiln, where he worked for peanuts. And a loss of self. This case is about the millions of those — countless of whom are children — who are forced to rent their valueless existence on a lifelong lease to influential men who not only build assets but also an army of faceless, nameless people who toil for them for a pittance for life. Think of leaving: you will be accused of one thing or the other, and will pay a price. Sometimes, with your life. As in the case of Shama and Shahzad.

Allegedly, a few pages of the Holy Quran were found outside the couple’s house. The village clergy were informed, and before asking the ‘culprits’ for any explanation, the atrocity had been announced through loudspeakers, the rage fanned, and the hysteria suitably orchestrated. This was worse than Salem in 1692; here, there was no pretence of a trial. No questions were asked and no answers were required. The elimination of the ‘undesirables’ had to be carried out.

Pakistan erupted into disbelief, sorrow, anger. For once, it was unanimous. All of civil society, religious and political polities condemned the killings, and asked for strictest action against the accused. Now it is up to the courts. Most of the accused have been caught, and the case has been registered under sections 302, 436, 201, 148, 149, 353 and 186 of the Pakistan Penal Code, and seven of the Anti-Terrorism Act. Will justice be done to Shama and Shahzad? Will there be closure for their families who are, so far, unable to even have a burial for them? How do you bury a few charred bones? Will there be any solace for the couple’s children who saw them go through hell on earth? Until then, I have no ‘Rest-in-Peace’ for Shama and Shahzad. It feels too little, and too much like a lie to me.

Health and education not priorities in Punjab