Guzaarish releases in Pakistan before India

Guzaarish releases in Pakistan before India 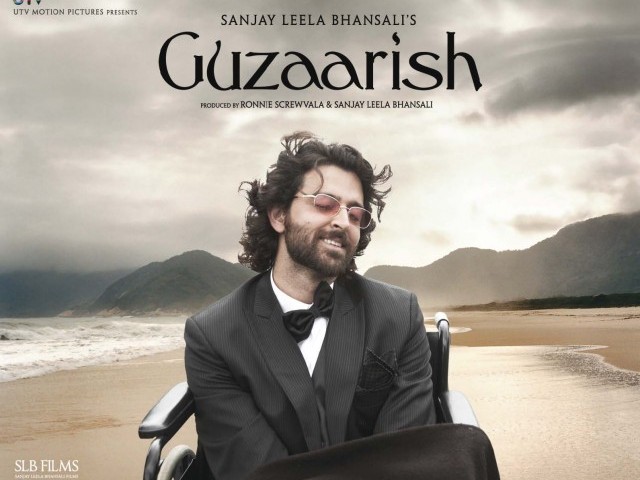 LAHORE: Pakistani fans of Hrithik Roshan and Aishwarya Rai Bachchan managed to watch the duo in action in their latest film, Guzaarish, two days before their Indian counterparts did.

An exhibitor, who didn’t want to be named, said that as per law it wasn’t right to release an Indian film in Pakistan before its release in India but as cinemas didn’t have any new films to screen on Eid, they decided to go ahead and screen Guzaarish.

The film met the expectations of cinema owners and distributors and remained the highest grosser in almost all cinemas in Lahore on Eid. An official of Cine Star cinema told The Express Tribune that the two shows of the film were sold out even on the second day of Eid. “We didn’t do bookings in advance but even then the response was overwhelming. This film did excellent business on Eid,” he said. He added that other films including Toy Story, Golmaal 3 and Action Replayy were also screened on Eid but could not match Guzaarish’s takings.

Lahore’s DHA Cinema also screened three shows of Guzaarish on the holiday and it did excellent business there as well. Two Pakistani films, Ilyasa Gujjar and Nambardari, were released in selective cinemas but did not do so well.

Theatres rake in business on Eid

All commercial theatres in Lahore staged new plays on Eid. “The hall remained full and the play managed to cover costs (Rs1.8 million) in the first two days of Eid,” said the stage manager of Alfalah Theatre. Other theatres including Alhamra, Tamaseel, Naz and Mehfil also did excellent business during the holiday.

“All the theatres performed new plays on Eid. It is risky to show new productions on Eid but it paid off well. A lot of people showed up and producers are happy that they managed to generate business during the holiday,” said Commercial Theatre Producers Association Chairman Chaudhary Zulfiqar.

The dying art of making a sitar