Amir says Pakist­anis have high hopes with him and he will strive to exel in domest­ic cricke­t
By Web Desk
Published: November 10, 2014
Tweet Email 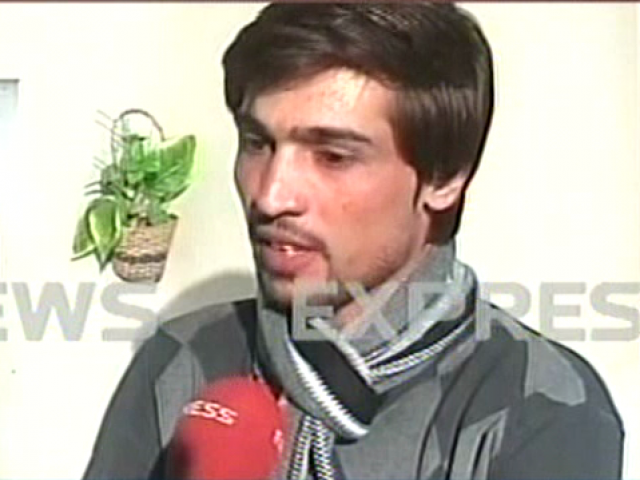 KARACHI: Banned seamer Mohammad Amir, who is all set to return to domestic cricket in February 2015 after a revision in ICC’s  anti-corruption code, has said he is entirely focused on his fitness for his slated comeback, Express News reported.

In an exclusive interview with Express News, Amir said Pakistanis have high hopes with him and he will strive to excel in domestic cricket as soon as he gets a go-ahead from the International Cricket Council.

“Fitness for sportsmen is of utmost importance and I am working on it,” he said.

When asked why he pleaded himself guilty in the court of law, Amir said, “I told my lawyers England from day one that I will accept my mistake. You can’t move on with a guilty heart.”

Although the young seamer hasn’t played any official games since the spot-fixing case, Amir said he has been practicing privately to maintain his fitness.

“Since I wasn’t allowed to play any kind of official cricket, I was involved with the game at a local level since my residence is near quite a few sports grounds,” he added.

Last year, the Pakistan Cricket Board had demanded the ICC relax certain conditions of Amir’s ban after he pleaded guilty to a spot-fixing crime and then completed the rehabilitation process.

Amir, now 22, was banned along with Salman Butt and Mohammad Asif in a spot-fixing scandal on Pakistan’s tour of England in 2010.
Amir was banned for five years, Butt for ten (with five suspended) and Asif for seven (two suspended).