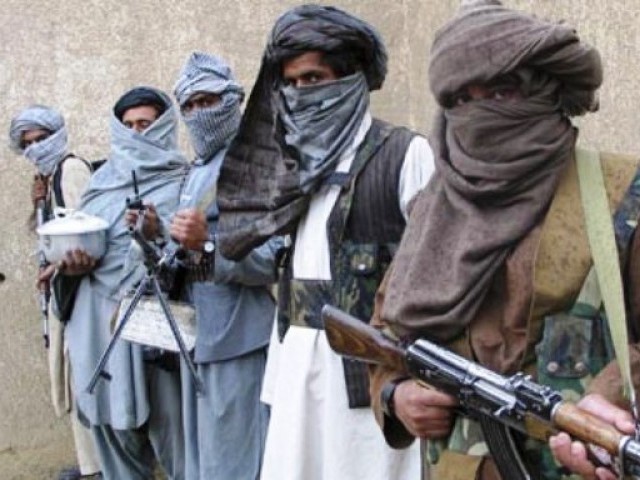 Key commander, his deputy among the dead. PHOTO: REUTERS

Five militants, including a key commander and his deputy, were killed in a security operation in Frontier Region Peshawar on Sunday.

Acting on intelligence reports, security forces surrounded Hassan Khel and Jina Kor areas in the afternoon. The militants present in a compound in the Malay Tangay area put up resistance and a fierce gunfight ensued. Five militants – including their commander Hazrat Ali and his deputy Malang – were killed in the clash.

An official of the political administration confirmed the operation and the casualties, saying that it was an intelligence-led counter-terrorism operation. “The operation was a complete success. The slain militants used to extort money from the affluent people in the area, as well as in the nearby villages of Peshawar district,” the official told The Express Tribune.

Residents said the security forces showed them the bodies of the militants who had set up a court in the area. “Hazrat Ali was reportedly affiliated with TTP’s Darra Adam Khel chapter. He was a resident of Darra Adam Khel while Malang was his second in command,” said a local elder requesting anonymity. “It was a surprise attack but still around 10 other militants managed to escape taking advantage of the densely forested mountains in the area.”

Meanwhile, sporadic clashes between security forces and militants were reported in the Tirah Valley of Khyber Agency. According to officials, militants loyal to Lashkar-e-Islam chief Mangal Bagh also clashed with volunteers of a local peace committee in the Nari Baba area of Bazaar. The early morning clash left one person from each side dead.

Apart from Shalobar and Qambar Khel areas, officials confirmed fresh military action against militants in a Tirah Valley area dominated by Akakhel tribesmen. The Inter-Services Public Relations claimed that 13 militants were killed in the offensive, including two suicide bombers. Ten hideouts of militants were also flattened, the officials claimed.

In a related development, the Mullah Fazlullah-led Tehreek-e-Taliban Pakistan (TTP) has named a new chief for the group’s franchise in Mohmand Agency. The naming of Commander Mansoor Mohmand follows the change of TTP’s central spokesperson two days ago.

‘’On behalf of TTP’s Supreme Council we announce a new in charge of Mohmand Agency, Commander Mansoor Mohmand. All Mujahideen in association with the TTP are obliged to wage a jihad under the command of Commander Mansoor Mohmand in region of Mohmand Agency,” Muhammad Khurasani, who recently replaced Shahidullah Shahid as TTP’s spokesman, said in a statement on Sunday.

The TTP has split over internal differences as Omar Khalid Khurasani has formed his own faction by the name of TTP Jamaatul Ahrar and named Ehsanullah Ehsan his spokesman. Similarly, Shahidullah Shahid, the former spokesman for Mullah Fazlullah, along with five commanders pledged their allegiance to the Islamic State in Iraq and Syria.

Muhammad Khurasani was brought in to step into the shoes of Shahid, and now Mansoor Mohmand has been assigned the fractured group’s command in Mohmand Agency. Nonetheless, the TTP chapters in Peshawar, Orakzai, Kurram and Khyber are still headless.