Need for a new compact

Need for a new compact 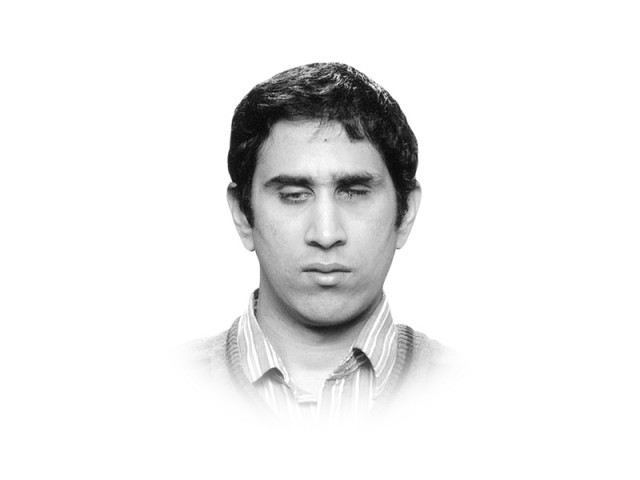 It is said that we had made an excellent start with democracy in recent years, with political parties finally agreeing on some rules of the game. They were now respecting each other’s electoral mandate and came together on the Eighteenth Amendment, which devolved significant authority to the provinces, and improved the method of appointments in the judiciary, the election commission and caretaker governments to make them less controversial. And against all this progress, the PTI is threatening the whole democratic edifice. In contrast, the PTI has its own narrative of change versus the status quo. In a world where most things are in shades of gray, the reality is, of course, much more complex than either of the two sides would have us believe. Let us begin with the view that the post-Musharraf compact is one of the best things that have happened in Pakistan’s history. This development is regarded as a continuation of a process starting with the 1973 Constitution, which, too, represents a consensus among our political elites.

An elite compact is not necessarily a totally negative thing. Various elite factions agreeing on some rules of the game can reduce conflict and the resulting stability can have trickle-down benefits for the masses. If the deal includes a better resource-sharing formula, that, too, can bring some gains for the public. That said, an elite consensus is not a totally positive thing either. It does, at the end of the day, mean the elite coming together to protect their interests more than those of the masses. The ruling architecture on which our political class agrees is no exception.

Our politicians have a strong consensus in favour of the parliamentary system. This is not surprising because this suits the local elite that control constituency politics, whereas in a presidential system, local patronage networks can sometimes take the back seat. There is a clear fondness for the current federal structure with four very large provinces (with occasional calls for one to two new provinces) and an agreement on considerable autonomy for these units, thus giving the regional elites that dominate the political landscape in these provinces a decent share of the pie. However, decentralisation is to be largely limited to provincial autonomy for these large provinces, and inclusive structures like local governments are to be avoided as much as possible. The idea of small provinces, which would bring the government closer to the people, is to be frowned upon. Dynastic politics is to continue, with no need for political parties to practise internal democracy and organise themselves along democratic lines at the grassroots level. Concepts like good governance, rule of law and accountability can all take a hike. In short, a non-inclusive and extractive political system. Not exactly the traits of a system that deserves the kind of unqualified praise that we have been heaping on the Eighteenth Amendment and the broader compact of which it was a part. Nor does this compact exactly represent a consensus or reflect the ground realities of society, notwithstanding what its unquestioning admirers say. If it did, we would not be having the level of political instability we have. The reality is that a large section of the middle class strongly feels alienated from this system. Its endorsement of military interventions in the past, its attitude of non-involvement in politics, its support for an activist judiciary that was often at loggerheads with the previous government, and now, the PTI phenomenon with its dharna politics, should all be understood as different manifestations of this disconnect.

While this middle class segment does not have the numbers to elect an alternative force into power nationally, it certainly has the ability to play the ‘spoiler’ by taking to the streets and threatening the system. All this means that if we are to have political stability, there has to be a new bargain in which the interests and aspirations of the middle class for rule of law, accountability and a more inclusive political order are given some space. Where does the PTI’s politics of protests fit into this? Can it help us reach the renegotiated compact we need? The answer is both, yes and no.

Yes, because the PTI is the only major party that is talking about change, and the current protests have already resulted in a growing number of people talking about reform. Even many of those who have been singing Kumbaya about the Eighteenth Amendment and the overall deal surrounding it are now gradually beginning to smell reality.

At the same time, the manner of the PTI’s protests has led the party to paint itself into a corner by getting stuck on Nawaz Sharif’s resignation. What the party is not doing is to seriously organise itself at the grassroots level and engage the working class by taking up issues of workers, peasants and other economically under-privileged segments, instead of remaining confined to the middle class. It is still to hold a demonstration for the restoration of local governments, which could provide a strong rallying cry for attracting the grassroots constituency that feels disenfranchised by the current political system, even though this is the PTI’s natural recruiting ground. In short, the party should be focusing on doing grassroots work to attract more supporters and create a broader coalition for reform, instead of only focusing on a top-down notion of change in which the focus is on removing a few individuals at the top.

Politics is ultimately about various interest groups bargaining on the basis of their negotiating power rather than about taking puritan positions. The PTI equates bargaining and compromising with selling out instead of understanding how negotiation works and employing that to first generate maximum pressure on a strategically chosen pressure point, and then using that to extract the best possible bargain in which the rights and interests of ordinary citizens are given more weight. With the PTI having these weaknesses and the status quo parties avoiding reform as much as possible, it appears that the process of finding a new compact for a better and more inclusive political system is likely to be a longer and bumpier one.

Can Pakistan protect its citizens against Ebola?