Imran Abbas crawls his way to the top

Imran Abbas crawls his way to the top 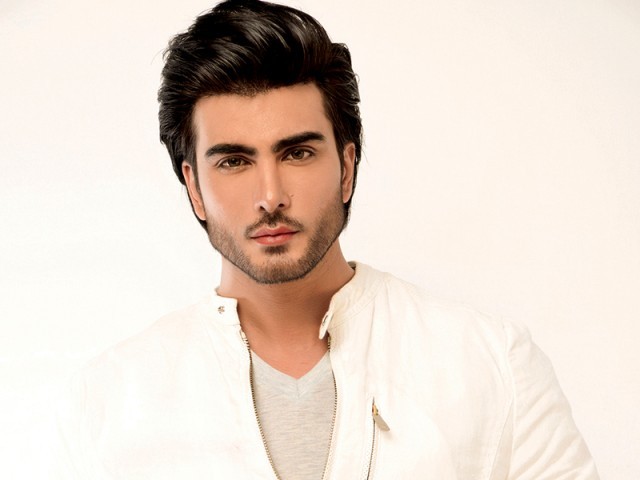 Unlike his contemporaries, Imran chose to experiment with his role in Creature 3D, diverging from his lover-boy image in television. PHOTO: FILE

Amid the growing export of Pakistani artistes to the other side of the border, names such as Fawad Khan and Ali Zafar, have taken centre stage. Another actor, whose pivot towards Bollywood went relatively unnoticed, is Imran Abbas. With his debut stint in the feature film Creature 3D, opposite Bipasha Basu, the model-TV actor attempted to thrill the audiences. The critical and box office receptions of the film may be at loggerheads but Abbas is content with the outcome.

Despite receiving mixed to negative reviews from critics, Creature 3D was declared a hit at the box office, earning an estimated INR11.34 crore during its opening weekend, according to Koimoi, an entertainment website. “I am pleased with the success of my debut film Creature 3D, which enjoyed a good run at the box office,” Abbas tells The Express Tribune. Unlike his contemporaries, Imran chose to experiment with his role, diverging from his lover-boy image, which he had successfully managed to establish in television dramas. “As an actor, my preference is to do intense roles. But I wanted to break away from that lover-boy mould I had developed in television and decided to experiment,” said Abbas, who is known for his performance in the TV serial Malaal (2009).

Abbass says he has no qualms about missing out on what turned out to be blockbusters, as unlike any other Pakistani actor, he got to make his Bollywood debut opposite the renowned Bipasha Basu. “Initially, I regretted my decision to decline these films as all of them were successful, but all’s well that ends well,” he comments.

As for his upcoming projects, he says, “My next release in India is going to be the film Jan Nisar. It has been directed by Muzaffar Ali, the director of Umrao Jan.” The Pakistani heartthrob will be sharing screen space with newcomer Pernia Qureshi in the film, which is gearing up for release.

He also reveals that he is in talks with a major Bollywood banner and will soon star next to A-list actors. He points out that there is cut-throat competition in Bollywood, which is why it is important that actors stay at the top of their game. Presently filming for the drama Al Vida, starring Sanam Jung and Sanam Saeed, the actor will soon be leaving for India to do another film.

Abbas, who has already received a host of offers to star in Pakistani films, says that currently, he is focusing on the projects at hand. “I’m being offered Pakistani films.

But I can’t disconnect myself from television as that is where I started out from. For now, I also want to focus on the projects at hand and give my 100 per cent to each film I do,” he comments.

Abbas is a self-proclaimed literature enthusiast and hails from a background of arts and linguistics, with his father and sister being poets. He says that he is keen on pursuing his passion of poetry and writing. “I am in the process of writing a film, which will most probably be released in India. As an ardent admirer of Urdu poetry, I would like to do something to help it survive,” he states. “The diction, vocabulary and lyrics being used in our songs are contributing to a decline in our literature. It is imperative that we preserve our literature, as it is a representation of our society,” he holds.