Bad budgeting: Only 5% of education budget spent on development

Bad budgeting: Only 5% of education budget spent on development 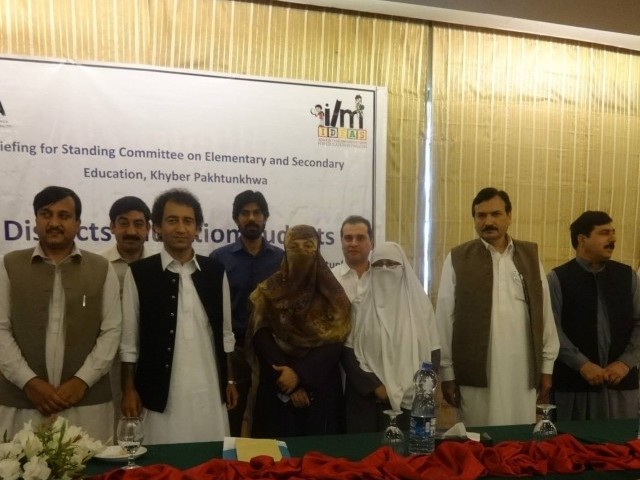 The abysmal state of education in Khyber-Pakhtunkhwa (K-P) is reflected in the fact that a mere 5% of the budget is spent on the sector’s development projects, while an astonishing 95% goes into staff salaries.

Released at a local hotel on Thursday, a study by the Centre for Governance and Public Accountability (CGPA) states the amount spent on development was nowhere near enough for effective primary and secondary education.

It was stated in the study that the initial budget allocation was unrealistic and subsequent revisions were made, which is the reason the literacy rate of people between the ages of 10 and 16 in the province is just 52%. Only 70% of the men and 35% of the women are literate.

The study, a copy of which is available with The Express Tribune, recommended the enactment of the District Government Act 2013 so that the budget matches the priorities of the government for primary and secondary education.

“In order to address the problem of teacher absenteeism, a community-driven monitoring system should be introduced through the Parent Teachers’ Association (PTA),” the study advised. It added that policy planning, allocation and execution procedures should be used to eradicate gender discrimination in district-level education budgets.

In Charsadda, 30 schools for boys were without boundary walls, while 135 primary schools, including 70 for boys and 65 for girls, operated without a water supply. Also, 316 schools, 145 for boys and 171 for girls, lacked electricity.

Atif Khan said the government will soon enact the Right to Compulsory Education Bill and was more focused on improving the condition of existing schools rather than constructing new ones. He added that Rs100 billion was allocated for the education sector and the budget of each district was increased from Rs2 billion to Rs4 billion for 2014-15.

The minister added that government was considering the financial implication of the bill, along with the actual need of enrolling an estimated 2.5 million out-of-school children.

He revealed the total number of rooms that need to be constructed was 13,000 at the cost of Rs700,000 each, whereas Rs2.5 billion was allocated to provide furniture to schools.

Khan claimed the provincial government had imposed an education emergency in the province, adding that unless children get quality schooling, the system can never change.