Twin Peaks: Will all the questions be answered in 2016?

Twin Peaks: Will all the questions be answered in 2016? 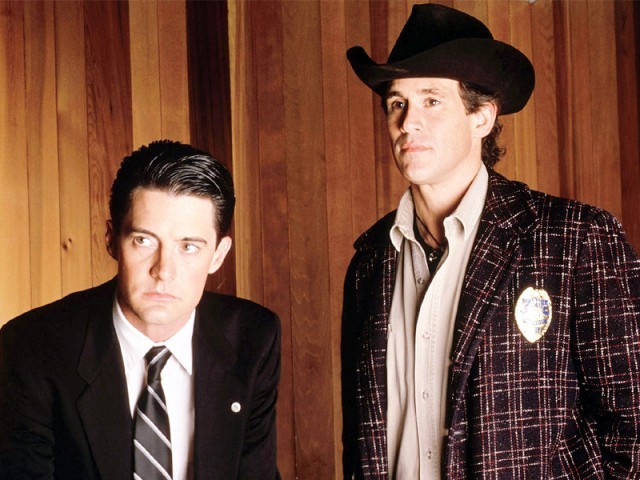 The show which ran for two seasons in 1990 and 1991 was centered on an FBI agent investigating the murder of a girl in the small town of Twin Peaks. PHOTO: EXPRESS FILE

Twin Peaks, the murder mystery that gathered cult following and critical praise in the 1990s, is all set to return with creators David Lynch and Mark Frost on a premium cable channel Showtime in 2016.

The show which ran for two seasons on the ABC network between 1990 and 1991 was centered on an FBI agent investigating the murder of a girl in the small town of Twin Peaks.

Lynch expressed his excitement at the revival of his brainchild stating, “The mysterious and special world of Twin Peaks is pulling us back. We’re very excited. May the forest be with you.” Twin Peaks became one of the top-rated shows of 1990 and was a critical success both nationally and internationally. It captured a devoted cult fan base and became a part of popular culture. Despite its cult, status the show was brought to a premature end due to declining viewership.

The series was followed by a 1992 feature film, Twin Peaks: fire walk with me, which serves as both a prequel and an epilogue to the television series.

Co-creator Mark Frost said that the series is not a remake but would in fact be a continuation. “The story continues. The seeds of where we go were planted where we’ve been,” said Frost as reported by Huffington Post.

Lynch will direct all nine episodes of the new season and also write and produce the new series with Frost. The new limited series will be set in present day and will tackle “long-awaited answers,” CBS Corp-owned Showtime said in a statement.

It will go into production in 2015 but it is not known if the original cast will return. Several actors such as Kyle Maclachlan and Sheryl Lee saw their careers take off because of the show.

According to the New York Times, the collective reaction to the news regarding the show’s revival on social media was excitement and anticipation, less skepticism. Agent Dale Cooper, played in the show by MacLachlan, was quoted widely over the past few days on twitter, with his signature phrase ‘#damngoodcoffee’ trending on Twitter.

Twin Peaks joins the list of shows to have been cancelled and return to television after a long time, such as the Arrested Development, 24 and Futurama to name a few.