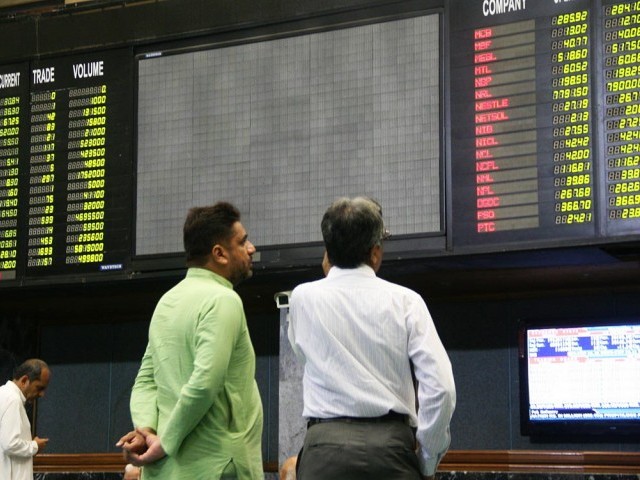 The index began lazily after the Eid break and lost ground over the 30,000-point barrier as the oil and gas sector kept the bourse in the red.

“Oils were the worst losers for the day tracking lower global crude with Oil & Gas Dev Co (-2.59%) opening negative and failing to recover. This was due to the lead managers of the GDS offering notified of a delay in the book-building process that was due to start on Thursday.

“Despite improvement in monthly local off take, cements traded mixed without clear direction while volumes chart once again was led by small and mid cap stocks on retail and prop book speculative activity.”

Meanwhile, JS Global analyst Ovais Ahsan said that the cement sector remained upbeat as September saw a 13.8% year-on-year growth in local dispatches which is expected to boost first-quarter earnings for the industry.

“Dewan Farooq Motors took pole position on the volumes chart as speculators bet on an elusive turnaround in the company and a favorable auto policy on the horizon.” Shares of 360 companies were traded on Thursday. Of these, 167 companies declined, 178 closed higher while 15 remained unchanged. The value of shares traded during the day was Rs5.8 billion.

Foreign institutional investors were net seller of Rs290 million worth of shares during the trading session, according to data compiled by the National Clearing Company of Pakistan Limited.