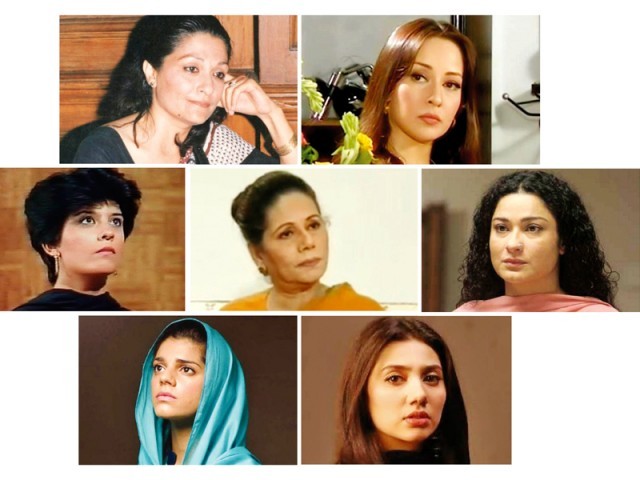 It could be said that Pakistani television dramas have been able to grip Indian audiences because of their high relatability quotient. PHOTO: FILE

Pakistani television dramas have recently been gaining ground across the border, pivoting Indian audiences towards their narratives. From Zindagi Gulzar Hai’s rebellious Kashaf to Aunn Zara’s pampered Zara, most female characters in Pakistani dramas are antithetical to the larger-than-life depiction of women in many Indian saas bahu sagas.

But what is it that has riveted the Indian audiences towards Pakistani television? As India’s Zindagi channel gives zindagi to new-age Pakistani dramas in India, The Express Tribune speaks to leading women in the local television industry to explore what has caused them to permeate Indian households.

Why Pakistani dramas are trending in India

Pakistani television dramas have been able to grip Indian audiences because of their high relatability quotient. Actor-model Zhalay Sarhadi says, “Pakistani dramas are refreshing to watch as they centralise the everyday man’s life. That’s what makes them raving successes. Indian television drama mainly relies on glamour and symbolism.”

Although some artistes may feel that the portrayal of woman as a bechari is unabated in Pakistani television dramas, it could be argued that that they simply highlight existent ills in the society. “Our television dramas portray a sad picture of things, but that is what the reality is. They show what’s happening in real life,” states Sarhadi.

Veteran actor Samina Ahmed feels that dramas in the subcontinent will inspire as long as they reflect on human beings and their relationships. “This is what people relate to and such dramas will continue to grip the viewer’s attention,” she says.

Portrayal of women — evolved or devolved?

The underlying theme of many Pakistani dramas centralises prevalent social issues, such as the marginalisation of women. But whether the depiction of an average Pakistani woman in dramas has evolved beyond that is questionable. “She is the same as she was ages ago  — victimised, willing to surrender and sacrificial, says veteran actor Bushra Ansari. “This is a sickening attitude. As a nation, we have become prone to pain and induce pain into our lives. We are so pain-oriented that channels screening such dramas are greatly admired,” she adds.

According to acting virtuoso Zeba Bakhtiar, the evolution of female characters is in the doldrums. In fact, she suggests that with time, the portrayal of women has been marked by regression. “About thirty years ago, the heroine in Fatima Surayya Bajia’s and Haseena Moin’s plays was a strong woman, but lately, she has become no less than a societal punching bag, a mere doormat,” she comments. Bakhtiar says that the prevailing mindset as portrayed on television can further debilitate women.

Bushra argues that it has become a societal norm to expect a woman to put her family before all else. “We like women who know how to sacrifice for their children and their marriage and put down others who are willing to fight [this notion],” she asserts. Bakhtiar holds that women have been mechanically trained to self-victimise. “Working hard and willing to stand up for their rights is not something everyone is willing to do.”

Contrarily, Sarhadi feels that every woman must act now to carve her own identity. “It’s important for women to love themselves before everything else,” she says. “I have stopped playing victims in drama serials. I abhor the character of damsels in distress. Everybody has the ability to stand their ground.”

Ahmad, who has over three decades of work in television under her belt, agrees, “Waise hee hai… compromised and traumatised,” which she attributes to the deep-rooted patriarchy in the society. “Most drama serials propagate a conservative mindset. Only a handful of them showcase the leading lady as a woman of strength.”

Interestingly, Ahmad feels that in many such stories, the patriarch has been replaced with a matriarch, who exerts control over the downtrodden woman. “The father figure is either dead or hardly plays a role.” If the prevailing trend continues, she fears that the viewership of Pakistani dramas will eventually fall.