Reema Abbasi’s book is a remind­er that human beings are too interc­onnect­ed to be divide­d by hastil­y-pencil­ed maps
By Faiza Rahman
Published: October 12, 2014
Tweet Email 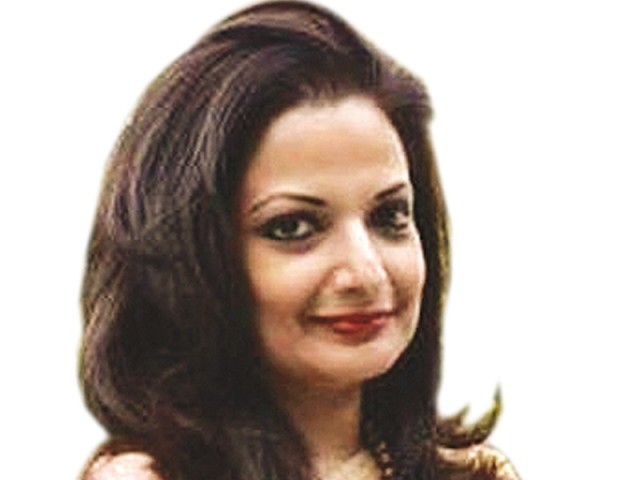 It is no secret that dishonest scholarship is an important catalyst of faith-based bloodshed in Pakistan. Such works are known to snuff out entire peoples, geographies and eras to afford intellectual backing to exclusionist arguments. In such times, Reema Abbasi’s book, Historic Temples in Pakistan: A call to conscience reminds us that insisting on a wholly ‘Muslim’ history of Pakistan is both dangerously myopic and factually incorrect.

Through this book, Abbasi traces the cultural and artistic histories of some of the oldest Hindu, Jain and Sikh temples across Pakistan. Using her observations of rituals and architectures, she tacitly broaches the discourse of multi-faith existence which Pakistan’s national identity is in dire need of. Abbasi reminds us that the country has never been the exclusive custody of the people of any one faith but belongs to scores of men and women whose differences bequeath richness and flexibility to our national identity. Abbasi also reports on the centrality that these temples continue to have in people’s lives using examples such as the Varun Dev temple in Karachi’s Manora Island. The site is heavily frequented by Muslim devotees who come to the temple to pay homage to the traveller saint Jhule Lal, also revered by Hindus as the water god Varuna, making for a wondrous crisscross of beliefs which knit both communities together. She cites several similar examples such as the Krishna Mandir of Rawalpindi, the curious healing powers of which beckon Muslims, Hindus and Sikhs alike, and the mysterious Nani Mandir of Lasbela, Balochistan, thronged by both Hindu and Muslim pilgrims.

The book repeatedly alludes to the fact that human beings are too interconnected to be divided by hastily-penciled maps. Abbasi chronicles temples that, according to legends, have secret passageways connecting to other partner-temples across the border. She visits and describes in breathtaking detail the unworldly Katas Temple, revered as the site where the most sacred of Hindu scriptures, the Rig Veda, was composed. With so much of Hindu legacy in Pakistan (and similar Muslim legacy in India) what, then, is one to make of a political boundary whose proponents insist on an unnatural ‘pureness’ of faith on either side?

Throughout the book, the text is studded with photography and journal notes by Madiha Aijaz, who accompanied Abbasi to the temples.

It is, however, important to note that Abbasi’s work, while affording a thorough, one-volume study of temples in Pakistan, is not scholarly. That the subcontinent is, and has been, susceptible to fresh fusions of religion has already been established. Syncretism (the confluence of religions) in South Asia is a heavily-researched area that has long been in the careful hands of historians such as Richard Eaton and William Darlymple. Therefore, the author does not bring forth an original thesis which can push the paradigm and nor does she intend to. Her work is of a different nature — she seeks to show a mirror and tame the furious spirit which causes humans to concoct the ‘us’ and ‘them’ divisions. In times where news bulletins and newspaper stories are replete with accounts of faith-based killings, Abbasi’s effort qualifies as a refreshing reminder of a Pakistan that the extremists are trying to erase from our collective consciousness.

Faiza Rahman is a subeditor for the Opinion & Editorial section of The Express Tribune.