Tools for slaugh­tering and choppi­ng the meat should be sterli­sed and very sharp
By Sehrish Wasif
Published: October 6, 2014
Tweet Email 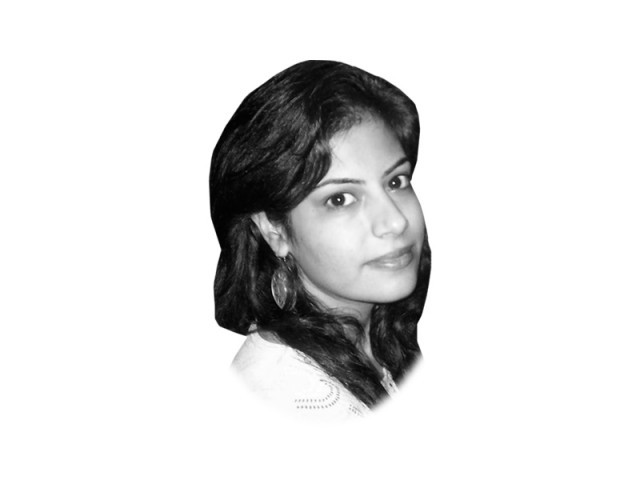 On Eidul Azha, one can see children, youngsters and elders roaming around with their well-decorated sacrificial animals on the roadside or in the streets. The significance of slaughtering animals during Eidul Azha is made a part of our upbringing but there is often no emphasis on the proper maintenance of hygiene while observing this key religious ritual. Even our government and NGOs working in the health sector do not play a role in educating people about hygiene considerations while slaughtering animals or handling meat.

Despite knowing that this year, the threat of the Crimean-Congo hemorrhagic fever — a disease transmitted by ticks — is extremely high, no public service messages have been issued by the authorities. Several cases of Congo fever have already been reported in the country and there is a fear that there are more to come. The government health departments, apart from issuing half-hearted ‘alerts’ have not focused on creating awareness about its prevention among people, particularly shepherds and butchers. Needless to say, this country needs a massive awareness campaign.

It is very important for everyone to know that while going to the cattle market, they should wear rubber or plastic gloves and a face mask. Touching animals with naked hands should be avoided and if doing so is necessary, a hand-sanitiser should be used instantly. Alternatively, hands should be washed with soap and water.

Customers should avoid buying an animal that looks weak or has dull, red eyes, or a cough or flu. They should also try to get it checked from a veterinary doctor if available at the cattle market or inquire from its owner whether he had rinsed the animal with water mixed with chemicals which helps kill ticks.

On the day of slaughtering the animal, it is important for butchers to take extra preventive measures, such as wearing plastic or rubber gloves, avoiding direct contact with blood as much as possible and making sure that nails are clipped short. If the butcher, or anyone in the house has any small cut or scratch on the hands or the arms, it must be covered with a band aid or a bandage, depending on the size of the cut/scratch.

Moreover, the tools for slaughtering and chopping the meat should be sterlised and very sharp. Using rusty knives on meat is unhygienic and dangerous. Care must also be taken about washing the meat thoroughly before storing and washing it again before use.

By taking such easy preventable measures one can have a safe and a joyous Eid.